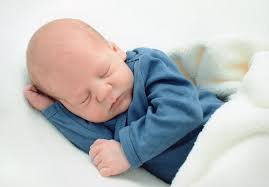 For as long as I can remember, I have wanted to be a mom. I started babysitting when I was just 9 years old and continued to do so through college. I have always loved children and “borrowed” my friends’ children on a regular basis. When I was in my mid-20s, I would often say that if I got to be 35, wasn’t married, and had no prospects for marriage, I was going to go to a sperm bank and use a turkey baster. Fast forward 10 years: Me, at age 35, not married and not involved with anyone. And so my journey to a child began.

Fast forward another 2 years. I had moved back to my hometown so I could be near my family, bought a house, lost weight, and was on the brink of my first donor insemination. I was beyond excited!! The morning of my insemination, I took a picture of myself, my dog, and the tank that held the sperm and labeled it as my first family photo. Little did I know that disappointment lay ahead.

After three negative natural cycles, I proceeded to Clomid, which yielded three more negative cycles. During the final one, I had some testing done and found that my chance of conceiving a child with my own eggs was less than 4 percent. To say I was devastated is an understatement. After two days of crying, I made an appointment with a reproductive endocrinologist who confirmed the news and also felt there was a good chance that I had endometriosis. A laparoscopy confirmed and corrected the problem.

But now I was re-energized. I was sure that I would conceive after going through all that. After three failed cycles of injectible fertility medications, I couldn’t take anymore. I had been in counseling after getting the news of my elevated FSH but had stopped after the laparoscopy. After the third failed injectible cycle, I called the counselor again and she saw me right away. She prescribed an antidepressant medication. I didn’t want to take it, but I could barely get out of bed in the morning and knew that I had to do something.

I attended an all-day adoption seminar put on by a local RESOLVE chapter. One session was on “donor embryo”—it changed my life. Couples that have embryos left over from an IVF cycle have the option to donate those embryos (depending on the clinic) to another couple or single person who wishes to experience pregnancy and birth. The cost is much less than a donor egg/donor sperm cycle. I found a clinic that had donated embryos available and sent in my application.

I had a phone consultation with one of the physicians and waited for the list of embryos to arrive. The list tells you how many embryos are available from a particular couple, whether there was a third party involved, and some basic information (height, weight, hair color, eye color, profession, and ethnic background) about the man and woman who created the embryos. When the list arrived, I made my choices and then waited to hear if they would be donated to me.

The phone call came in about two weeks. I had been given 10 embryos from three different couples! In my haste to become a mom, I decided that I wanted them all. After discussing my decision with my counselor, I decided it would be preferable if all of the embryos came from one couple. This way, I would have at least some basic medical information for my child. I let the clinic know my decision and waited for the next list to arrive.

During that time, I did some intense grieving over the loss of a biological child. My counselor was helpful and supportive. I spent the majority of my sessions with her in tears. It was the only place I felt I could truly let go and just cry. I also did some artwork at that time to express how I was feeling. The new list of embryos arrived and I, again, made my choices and waited for the phone call. Luck was on my side and I was offered 9 embryos….all from the same couple! I accepted them and was planning on having them transferred as soon as possible.

Just prior to having my transfer, I met with my counselor and told her that I wanted to have some sort of ritual to let go of the dream of a biological child an open myself up to whatever soul was to come to me. She thought it was a great idea and said that she would be happy to be a part of it. I planned the ritual, made a program, and asked my pastor and a close friend to be there. I set up a little altar, lit a candle, and had 9 balloons to release as a representation of the nine times that I had tried to conceive. My therapist read a letter I had written to “the child of my dreams,” and the others spoke and read some special things that they had chosen. The service was very healing for me.

Five days later, 4 of the 9 embryos (those that survived the thaw) I had chosen were transferred into me. An incredible sense of peace came over me at that point, and I considered myself pregnant until proven otherwise. Nine days later, my blood test confirmed that I was, indeed, pregnant. I was elated!!

I now watch my beautiful daughter and am in awe of the miracle that she is. It’s hard to believe that I grieved so intensely over the loss of a biological connection. She couldn’t be anymore mine. The resemblance between her and my mom (when my mom was young) is uncanny. I just know that she is the child who was waiting for me all along. I am incredibly grateful every day for the couple that enabled me to have this incredible gift in my life.

11 thoughts on “Child of Mine: A story of embryo donation”