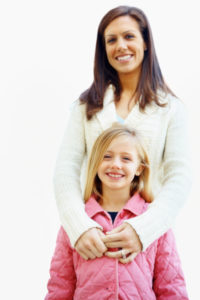 Just when I think I am a absolute freak of nature, defying all sorts of social standards and practices (usually by going under, and not over, the bar) something transpires that speaks to me, saying “Tara, you are *not* so bizarre or unique after all.” So, there. I cannot promise I’ll share anything like that with you today, but I’m just saying…

Being a member of Single Mothers by Choice (SMC) has been one of the most valuable and meaningful aspects of my life. Although I am awkward to connect and put out disjointed, sporadic posts on the private online Forum, the generous, informative women on there help to alleviate my seemingly irrational feelings or quell the ridiculous tsunamis of fear in which I try to keep above the water. Some of the concerns I see on the Forum are internally referred to as “Standard Issue Issues”- pretty much every SMC, thinking, trying or otherwise, seems to have some feelings about them, though responses may vary from the passionate, frothing types, to the wispy, lighthearted jesting of women who seem to take most things in perfect stride.

These standard issue issues come up, one in particular, year after year, in one form or another, and quite frankly, when I see it, I get that “freak factor” feeling all over again. When I say this, I feel I should be locked away in a garden shed, possibly with a beard, drawing up a handwritten 200 page manifesto, but I never, really, could picture myself having a child or a family in any type of relationship. I remember that even as a young child, the idea of being married or partnered with kids, just felt, well, yucky. I tried, oh how I tried, but it just never “clicked” for me. I was never opposed to the idea of marriage, I just never felt I had what it took to pull one off.

I always loved kids, though I didn’t think about them in a maternal way until I was about 24. While sitting in my mom and dad’s kitchen one day, chatting on the phone, I heard a little girl’s agonizing, dramatic scream. I found the girl, maybe about 6 or 7 years old, splayed out on the sidewalk, tightly gripping her Polly Pockets which had left angry, red indentations in the palm of one of her hands. I casually asked if she was okay, and through the tears she nodded. I then casually asked if she needed help getting up and again she nodded as I nonchalantly held out a hand for her to grab and pull herself up. She looked at it as though it was some mutant alien she saw in a horror movie. Uh-uh. She didn’t want a hand or arm, she wanted a ‘bear hug-lift me gently’ type of job. So I obliged. As I lifted her, arms encircling this child, I can only describe what transpired as a heavenly, divine intervention. Maybe it was a rush of blood to the head or out of control hormones, but I felt a hot, searing rush of joy, lightness and purpose. I cannot say what it was, but it was something big. And I was never the same. My mother chuckled and snorted when I told her, but I knew it was BIG.

I never grieved the loss of a dream- the white dress, the vows, the passionate love- I never *had* that dream. My parents, though deeply and passionately in love now, had one hell of a marriage- it was a twisted wreck of tears, control, abuse and constant fights. I can easily say that had nothing to do with my choice, but maybe on some deep, cleverly disguised level, it did. I honor those horrible years of my life by working against the principal of a miserable home filled with fearful, exhausted occupants.

I was 28 when I decided to have a baby a la carte. My mom and dad, in a word, went ballistic. They were scared, frantic, and desperate for me, and I didn’t blame them. I was scared for me, too. I remember the process of deciding was excruciating, though- could I pay for diapers, daycare, formula, clothes and a million other things while working full time with a high powered publisher?

I remember the fear covering me like a heavy, wet blanket at first. As I learned more, that ‘blanket’ got lighter and lighter, finally ‘drying’ out and lifting away. My turning point came when I called a local daycare and discovered that I could, indeed, afford to send my baby there. Thankfully, I was pregnant shortly after beginning the TTC process and celebrated my 30th birthday knocked up.

I am young by SMC standards, I know. My pieces fell into place at a young age- a house at 27, a great career and then, well, a baby by 30. I have all sorts of strange, quirky regrets in life, but having a child is not one of them. She is 8 now, sometimes gets wound up over not having a daddy, but we get by. Sometimes I want to pack up my cats and go live under a quiet bridge with no responsibility, but I like to think that the rush of blood to my head that long ago day did lead to something good.

2 thoughts on “Did You Feel That?”