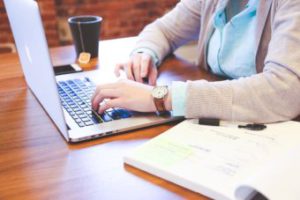 Lately, the subject of single mothers by choice has been all over the media because of a movie that recently came out, starring Jennifer Lopez, in which her character becomes pregnant with the help of an anonymous sperm donor, only to fall in love with Mr. Right immediately afterward. I haven’t seen the movie, and, as a “real” single mother by choice, I’ll never have the time to see it, but I have viewed some of the recent TV news stories and discussions about it. And while it’s nice to have a celebrity like J-Lo showing single women that they do have options, I can’t say this movie is anything like my life—nor is “back-up plan” an appropriate term for the process by which I came to have Jayda.

There was a point in my mid-30s when I had an epiphany and realized that I’d be incomplete if I never had a child, and that I’d just been suppressing my desires for fear of never meeting Mr. Right. I was flooded with maternal feelings and became baby-obsessed almost overnight. It took a lot of thought and planning to have Jayda (as well as plenty of drugs and monitoring and money, since I didn’t get pregnant on the first try like J-Lo’s character did in her movie), and I can hardly allude to the process as a back-up plan. “Back-up” to me implies second-best, and having Jayda was an ideal plan for me, because I can’t imagine my life without my amazing daughter in it.

Unlike J-Lo’s character, I didn’t find Mr. Right while I was pregnant (though I did date during the first two trimesters), and I still haven’t found him now that Jayda is about to turn three. But that doesn’t trouble me at all, and I hate the implication that a woman “needs” a man to be a good mother. Or that having a husband is always the ideal “plan.”

Most of my friends did find their Mr. Rights before they had children—or at least they found someone whom they thought was the man they’d be with forever—and I can’t say their lives are all better than mine. A few of my friends are going through nasty divorces now—and are battling over custody issues. Several others actually married someone as their “back-up plan”—fully knowing the man wasn’t exactly what they wanted or needed in their lives—but rushed to settle down because they felt their clocks were ticking. Those friends (and their spouses) are all pretty miserable. And then there are my friends who are happily married (or at least appear to be), but just about all of them admit that having a husband is a lot of work, and they’re forced to divide their attention between their children and their man. There’s nothing wrong with that—and I know having a good husband is a worthwhile investment—but I can’t say that these women’s children are thriving more than mine is…or that the moms are so much happier than I am. We’re all just experiencing life the way it happened to us…and most of us are realizing that you can’t plan everything, especially when it comes to being a mom.

“I used to think that becoming an SMC was my plan B, but it was the best decision I ever made. My son is my pride and joy. I can't imagine life without him. I am thankful that I had support along the way through the SMC community. I no longer consider it my plan B.”