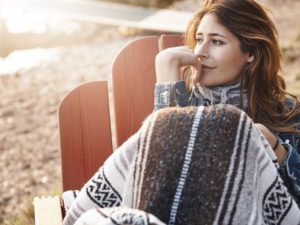 This entire transition from Thinking to trying to conceive (TTC) has been one of the most overwhelming things I’ve ever dealt with! I’m a fairly emotional person to begin with, but I’m also a pretty damn strong, intelligent woman. That said, I find myself constantly tearing up and I often wonder what the hell is wrong with me! I can’t imagine what it will be like once pregnancy hormones kick in! I swear, every sappy commercial related to kids/babies or every birth scene from 16 and Pregnant makes me cry. Every conversation I’ve had with my doctor has made me cry. When I told my parents, aunts, friends–anyone, really–that I was going to try to conceive (TTC), I find myself choking up.

I just don’t know why….I think there are several factors at play. One, I waited so many years to get to the point of trying that now that it’s here, I am beyond excited and full of anticipation that’s making me emotional. Two, I’m crying out of fear…fear of not getting pregnant, fear of people’s reactions, fear that I’m not as strong as I think I am, fear that I’m secretly a loser for not being able to land a man of my dreams and do this the way everyone else seems to have done it…. you name it, I’ve got fears right now! Third, I realized a while back that I am still grieving the loss of my chance at the “traditional” nuclear family–this one is so tough for me, and just going through all of this SMC process on my own has painfully illustrated how much I secretly wish I had a partner for this. There are other fears, too, but they seem too numerous to list!

25 thoughts on “Moving from Thinking to Trying”