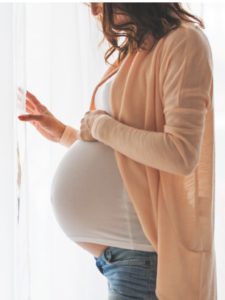 Greetings from the other side of pregnancy! A post on the Single Mothers by Choice (SMC) online Forum today got me reminiscing about my pregnancy. I found being single and pregnant with twins one of the most difficult and lonely periods of my life. I had planned and budgeted for a singleton and kept my fingers crossed that I wouldn’t have a multiple pregnancy, but lucky me, I got a two-for-one discount from the sperm bank. I’m actually quite happy about it now, but it was not good news for me at first.

This turn of events was the end of my financial independence and the life in the bay area that I had built for myself and loved so much . I felt pretty strongly that I needed to stay there until after everyone was born and healthy and safe, because there I had good health insurance, excellent medical care and high-risk pregnancy specialists, and a great neonatal ICU, all within 2 miles of my house. I really hate asking for help. I hate asking for money. I especially hated asking my mom for help and money because she had to give up her life for a period to come help me, plus she’s on a fixed income. I hate that I can’t be solely responsible for this decision I made, for these people I’ve created. I was so sad about this. I wanted to be able to do this myself and not ask other people to sacrifice just so I could have a baby.

Well, thank god that pity party is over. We survived delivery and our first (really difficult) six months in Oakland, we’ve settled into our new home in Carlsbad, and now my gorgeous, happy, healthy boys are 10 months old. My relationship with my mom has been pushed and stretched and strained, but we’ll get through it. She adores her grandsons, and she still likes me most of the time. 🙂 And now I can’t imagine any life better than the one I have with my boys.