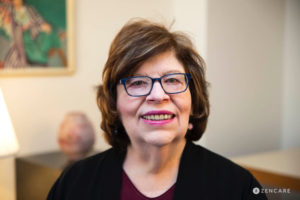 Recently, two news stories caught my attention. The ban on women serving in military combat will soon be lifted, and the city of New York is going to launch a campaign against single motherhood. It’s ironic how these two stories send such contradictory messages about women.

For over thirty years, since the Single Mothers by Choice (SMC) organization began, critics have been declaring that we SMCs are “destroying society” and putting our children in danger. Really? Exactly how are we destroying society? By having children who are so wanted that we are willing to raise them without the support or help of a partner? By having waited until we were fairly mature and had a decent-enough income to support a child on our own? Could that be somehow destroying society? I don’t get it.

When I was growing up in the 50’s, women were second-class citizens. Smart little girls who dreamed of becoming doctors were told that that they should become nurses — that was, if they wanted to work for a short while before they would get married and stay home to raise their children. Careers were only for men.

In those days men were rarely involved with child-rearing and women largely did that on their own, with the men providing necessary financial support. It wasn’t considered “manly” to get too involved with parenting. Women didn’t have enough income to even consider raising children on their own and many  women felt that they had to get married, or stay in terrible marriages, because they couldn’t survive without the support of a husband.

Fortunately, things have changed and women can earn a good living these days, enough to support ourselves and a child. And fortunately our society has moved to a place where some men want to be more involved in raising their children — and bravo to them! It is a wonderful thing to be part of helping a child to grow and thrive. And now, women are seen as being capable of fighting in wars, side by side with men.

Clearly, women proved ages ago that we were capable of raising children alone, if need be. It wasn’t by choice in those earlier times, but we did it, and we can do it now. And the only thing we really seem to be “destroying” is the illusion that we MUST have a man to do it well.

SMC has been in existence nearly 32 years, and the dire predictions of doom started way back in our early days. People told us early SMC members that our children would be dysfunctional, would become high-school drop-outs and go to jail. They would be angry with their mothers, and resent the fact that they didn’t have fathers in their lives.

As the director and founder of SMC, I’ve been following many of the children as they moved from infancy through high school and college, and at this point, even grad school and beyond. Most are doing fine. Do they have issues? Of course. Do children with two parents have issues? Of course. Who doesn’t have issues? But the fact that SMC children are being raised by a parent who really wanted to be a parent seems to be a positive force in their turning out well, rather than a danger of any kind. None have gone to jail. Many have distinguished themselves academically and in their work. They seem to love their mothers.

So why do we keep hearing these predictions of doom? We can fight in  combat, but we can’t raise a child? Is it THAT hard to believe that, as a popular movie title says so well, the kids are all right? Apparently, for some people,  it is, despite all evidence to the contrary. Sometimes, if you don’t want to believe something, no evidence is convincing enough.

News article on women in combat from NY Times: http://nyti.ms/10xcblj