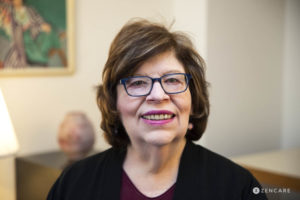 This essay, by SMC Founder and Director Jane Mattes,  originally appeared as  part of the NY Times feature, “Room For Debate: What are Fathers For” on June 3rd:

As more women are graduating from college and are able to provide a sufficient income to support a family, it is no longer necessary for them to marry in order to support a child.  After looking for a partner for many years – or not, in a few cases – some have decided that they would prefer to have a child on their own rather than settle for a man who isn’t likely to be a good and loving husband or parent. We are called single mothers by choice.

Some skeptics immediately ask: “Can a child be raised well without a dad?”  We probably would all agree that a child needs at least one consistent, stable and mature parent who can be loving and is able to set limits.  This could be a single mother or a single father. The real issue is not the gender of the parents or the number of parents. It’s the ability to parent.

Many fathers play an important and positive role in their families. But we all know some fathers (like some mothers) who are not able to be good parents, and some of us even know fathers who can be destructive or abusive.  I’m a psychotherapist, and as I help people deal with their issues I often hear about the damage done by problematic parents.

Children are wonderfully talented at weaving a tapestry for themselves with threads from various influential people in their lives: teachers, grandparents, clergy, friends, coaches.  And they can make a beautiful life, regardless of whether their biological father is one of the threads.

A good, loving man absolutely can be a real asset to a family, but he doesn’t have to be the biological father of the child in order to have that positive influence.  The organization I founded, Single Mothers by Choice, is more than 30 years old now. We have seen a generation of our children grow up – and turn out just fine.

4 thoughts on “Valuable But Not Indispensable”