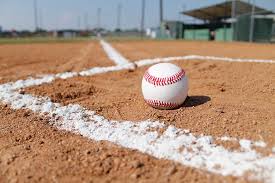 “What sports did Grandpa Jim like?” my son asks. We are standing in the kitchen and he is pulling the scissors out from the drawer, cutting the plastic wrap off a frozen raspberry fruit bar.

“He liked all sports,” I say. Sam hands me the wrapper and I place it in the can under the sink. “But I think baseball was his favorite. Baseball and basketball and football.”

We have just snuck inside during Eva’s nap after spending an hour outside in the sticky humidity tossing basketballs into the net from different distances, the point values for each shot marked on the driveway with chalk. Sam was upset when he couldn’t make the shots as easily as he had yesterday, and his voice was getting whinier and higher until finally (thank God!) he made a 5-point shot and declared himself the winner.

Later in the evening we lay in bed next to each other, Sam’s blanket pulled up to his chin while the ceiling fan throws a slight breeze down on us, and Sam asks me if pirates are real.

“They used to be,” I say. “But pirates like you see on TV don’t exist anymore.”

“Is there still treasure?”

“Where did the pirates go? Are they all dead?”

He stops and thinks for a while and we both stare up at the fan.

“Some day when we’re all dead and not here, who will be here?” he asks.

“I don’t know,” I tell him. Lately he’s been almost paralyzed with fear of being alone so I tell him that we’ll all be together. “You and Eva and me and TT and Auntie Ann and Zack and Sarah.”

“Will Grandpa Jim be there?” he asks.

And as my son rolls over to face the wall I think about the morning before last when Sam finally learned to catch, when he lit up with excitement and screamed “My first catch! I made me first catch!” and he wanted to do it over and over and over again. Or the way he wants to show me how long he can dribble the big plastic ball in the basement having suddenly mastered the rhythmic bouncing after days of practice. As I lay next to my son listening to the ceiling fan, my eyes fill with tears. “Grandpa Jim” died over 8 years ago, and I cannot remember the last time I cried about him, but as I rub Sam’s back and listen to his breathing as he sleeps, I miss my father just as much as I did eight years ago.

Barbara Matousek, The Next Family: http://thenextfamily.com/2012/09/is-there-still-treasure