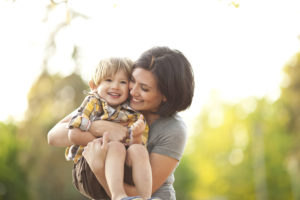 I noticed this morning, rushing to meet friends and go to a new play space, that I was feeling crabby. I was rushing my two-year-old, Sage, along, and being abrupt with my SMC friend’s five year old (who I had offered to watch for the morning.)

And I was watching myself, as if from a distance, thinking, “What do I have to be snappy about?”

I had almost no plans this weekend, and I got up Saturday morning and put away the laundry and went grocery shopping. And Saturday afternoon I did a big cooking project, so I wouldn’t have to cook for a few days.

So what do I have to feel stressed out about?

My parents were awfully short tempered, and it wasn’t a nice way to grow up.

And I notice that I am quick to correct Sage, quick to instill consequences. I don’t know how much is too much. Should I be letting more things go?

All in all, I’m not feeling like a big fan of myself.

And also, I feel this unbearable longing sometimes to be alone. On weekend mornings, I crave just a few more minutes to myself. Whatever I get, it’s never enough.

So this afternoon, during Sage’s nap, I took a few minutes to sit down with myself. And I started to think, “Dude, what gives???”

But then I decided to be gentler. So I said to myself, “Gosh Abby, I notice you are feeling really irritable lately. And maybe instead of cracking the whip — because when does being annoyed lead to a feeling of greater friendliness? — we could just sit down and notice the feeling. Notice it, and acknowledge it, and agree not to make up an explanation about it. But just try to slow down and let go.”

So I sat with that for a few minutes.

And afterwards, I felt a little better.

And tonight, I noticed that I didn’t scold Sage when she dallied in the bathroom. I just waited. And when my five year old friend came to us in tears because her project wouldn’t work the way she wanted, instead of letting her mother address it while simultaneously cooking dinner, I stopped my grown up conversation and said, “Aww, that sounds frustrating! Would you like some help?”

And tomorrow, I’m going to get some time fully alone in my apartment.

I feel so much better already.