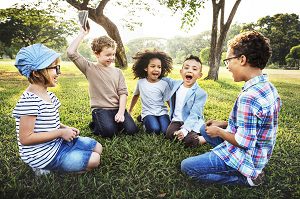 I have always wanted to be a mother.  By the time I was five, I was hanging out in the church infant nursery with my mother, rocking babies rather than attending my own Sunday school class.  In Girl Scouts my favorite activities were teaching games and songs and such to younger troops.  In elementary school, when my friends were drawing pictures of wedding dresses in school, I was making lists of the names I would give the 16 or so children I wanted.  I babysat in high school because I enjoyed it – I couldn’t have cared less what I was paid for doing it.  I worked at summer camps while in college and LOVED working with children.  When her parents came to pick her up, one of my campers told her mom I wanted to be a Mommy.  I was mortified.  I was afraid I’d said or done something wrong.  But when I asked why she said that, the camper said “Because you’d be a good Mommy” and my heart just melted.  That’s what I’ve always wanted more than anything else.

But, my life has been a series of compromises.  There has always been what I wanted (except when I forgot how to “want” for myself) and what I “should” do.  And more often than perhaps I should have, I chose to do what I “should.”  (The irony in that statement is not lost on me).

I was a “bad” child.  I had ear infections as an infant that left me crying no matter what my parents did.  I led revolts (aka follow the leader games during nap time) at the day care centers (more than one asked my parents NOT to bring me back – before I was four years old).  And I was already an academic disappointment to my highly educated family by the time I was seven, having been placed in the LD class in second grade.  (The phrase “not better, not worse, just different” when applied to your brain is not as comforting as you would think to a 7yo “special education” child).

By time that I can remember, my older brother was the responsible child, my little sister was the perfect child and I was the problem child.

The problem was that I didn’t like being the problem child, so somewhere around the age of 10, my primary goal in life became being “good”.  And I have spent the rest of my life striving to be good and overcome the “problem child” label.  By high school I had left the LD classes behind, and I managed a 3.8 GPA in advanced classes without assistance.  I didn’t date, I didn’t do drugs, I didn’t go out, forget staying out past curfew.  I was involved in more extra-curricular activities than I can count from Orchestra to Flag Corp to National Honors Society to Girl Scouts to being an actual honest to goodness ordained Deacon in the PCUSA Church.

I made it through college and law school and even an advanced law degree (LL.M) at some very prestigious schools with decent grades and became a tax attorney, thinking it would make my parents (including my then dead father) happy and be easy to date and marry after I had my career on track – I mean what guy wouldn’t want to date/marry a “good” woman with a six-figure earning potential (Ha!).  At 26, I found myself having to try very hard to fit into the conservative law firm world which (massive understatement:) still isn’t nearly as friendly to working women as one would like… and trying to date for the first time in my life.

I wanted to get married, but I quickly discovered that men who were my career peers seemed to prefer younger, thinner, blonder women with “pink collar” jobs.

So, I looked for fulfillment elsewhere.  I tried three different firms in three different towns in two different states. I wanted so desperately for my career to be enough to feel fulfilled (my aunt who is an attorney finds it immensely fulfilling, but then again, she’s already a mother).  I liked each of my jobs just fine, but they weren’t enough.

I took on pro bono work.  I volunteered extensively. I found new churches and hobbies to try. I traveled, I camped and I worked by butt off.  I bonded with girlfriends.  I went to book clubs. But, “fulfillment” whatever that was, eluded me.

And, I continued to try to do things the “right” way in terms of relationships/motherhood.  I tried Lavalife, Match, eHarmony, 8at8, Speed Dating, HurryDate, It’s Just Lunch (three times) and Events and Adventures (HUGE waste of time and money).  I went to several singles events at various churches and joined half a dozen young professionals groups all in an effort to meet Mr. Right.  I even dated a coworker for a while (he married a woman in a “pink collar” job 3 months after dumping me).

Eventually, I began seriously thinking about becoming an SMC.  I read Jane Mattes’ book, “Single Mothers by Choice“, cover to cover on a plane to Africa in 2008.  I started talking about it with friends and family all of whom seemed supportive (plus, it’s just fun to talk about buying sperm).  I started trying to figure out what I needed to do to be ready to be a single mother.  By 2009, I was in a therapist’s office asking for help finding my career motivation so that I could get as financially secure as possible and buy a house soon as I could so that I would be “ready” to start trying to have a baby before it was too late.

Instead of helping me with what I wanted, my therapist told me I needed to try harder to find a man.

As a result, I ended up depressed and in knots emotionally and I ended up losing that job.  It took a while to recover from the setback of losing that job and I kept seeing that therapist for too long after that.  But, eventually I got wise and dumped the therapist.

What I needed was for once in my life to do what I wanted to do for me and not because it’s what I thought my parents, my conservative bosses and clients or even society wants. That meant becoming a mother.  Because, if I got to the end of my life and I’d never gotten married or never made it to the top of my field in my career that it would be sad, but it would be okay.  However, if I ever got to the point where I thought I would never be a mother, that would make my own life story a tragedy in my eyes.  It was the one thing I couldn’t compromise.  I had to be a mother, no matter I “should” do.

In 2011, I found a better job (non-law firm, non-tax) and started trying once I’d been here 8 months.  I quickly discovered that some of the friends that were fine talking about the SMC stuff in theory were less supportive when I wanted to actually try.  But, I also found new better friends in my local SMC group and a church that was more open to alternative families.  I become more comfortable in my own skin. I am no longer trying to be what society thinks is “good”, but I’m trying to be what I think is good.  And it’s empowering to NOT be living a life of compromise.

But after a year and half of trying, I’m sooo glad I didn’t wait until I had all my “should”s checked off.  I have fertility challenges that are NOT related to my age, if I had added age as a concern on top of these other challenges it would be even harder.  And, in the face of growing fertility bills, I’m glad I don’t have to deal with a mortgage as well.

I imagine it will always be hard to live with the little “should” voice in my head, but I far prefer to have that making its little noise in my head than the gaping hole of regret which would develop in my heart if I never become a mother.

5 thoughts on “One Compromise I Couldn’t Make”