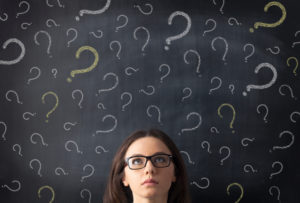 34…single…female…The age keeps changing, but the relationship status does not. It’s been quite a while since I’ve been in a long-term relationship. While I desire a partner in life, a best friend to spend my days with, what I yearn for even more is motherhood. It’s not just a yearning from the heart, but I feel it from my ovaries…from the center of my being.

Throughout college and adult life, I have gone back and forth on what type of career I want to have and whether I even want to have a career at all. The one constant has always been that I want to have children. I want to bear at least one child and then possibly adopt. A mother is what I feel I was meant to be above all else..

At some point in my mid to late 20’s I decided that if I hadn’t met the right person when I turned 30, then I would just go ahead and have a baby by myself. But then I turned 30 and didn’t feel ready, so I pushed it back to 35. In a way, I didn’t want to “give up” yet on finding the right guy and building a traditional family unit. Over the last three to four years I’ve gone over and over in my head whether I want to wait until 35, whether I want to freeze my eggs and keep waiting for him to show up, or whether the fact that I haven’t met the right person means that I wasn’t meant to be a mother after all.

Time and time again I have watched people around me having trouble getting pregnant. As a teenager it seems like it could happen by just laying naked next to a guy. The reality is that it is hard to get pregnant and now I am afraid that when I’m ready my body won’t be. This is where freezing my eggs comes in, which I had been thinking about for quite a while. It seems simple in concept, but it’s like preparing for IVF…injections, hormones, etc. These are all things I’d rather go through with a partner, but then ironically I’m going through it because I don’t have one.

The part of me that just wants to go ahead with insemination and have the baby on my own is having an internal debate on whether this is selfish. Yes, I want to be a mother and I feel strongly that even alone I would be able to raise a great kid. But, is it selfish to the child? I actually never thought about it that way until I was out with a friend and we were talking about it.

She pretty much blurted out, “That’s kind of selfish, don’t you think?” I stared at her blankly while she continued, “Just because you really want something, doesn’t mean you should do it without thinking of how it could affect this kid who had no choice in the matter.”

While at first I angrily brushed it off, later I couldn’t get it out of my head. Is it selfish of me to decide for the child that she will not have a father? To make the decision for her that I won’t be as available as if I were married? In my mind, if I were married and we could afford it, I would spend my children’s early years at home, at least part time and would be there for all those early moments. I would also be there for all the school meetings, after school activities, etc. Even if I were working full time, having a partner in parenthood would mean that we could take turns attending the school plays or parent teacher conferences while still keeping up with our careers. However, deciding to go at it alone would mean that I wouldn’t be able to be 100% dedicated to being a parent and to my career. I couldn’t have it all, as I was led to believe throughout my years at Smith.

So is it selfish for me to bring the child into the world because I want to be a mother so badly, but then not be able to be the type of mother I want to be? I know that there are thousands of single mothers out there who do a fantastic job, but the majority of them didn’t go into motherhood knowing that they would be single; that they would have to do this alone. They do it because that’s how the cards were dealt, but I would knowingly be choosing to go it alone.

The thing is that we are all different. No two women are alike in the way they feel or think or in what they want out of life. Most single mothers happen into single motherhood. They didn’t dream of that growing up.

Other women who choose to balance motherhood with a full speed ahead career want this life. They don’t want to compromise either, and that is the right choice for them. There are those who don’t have the choice and have to balance both. If I went into this alone, I would fall into the latter category. While that’s a fine choice, it would not have been my ideal choice.