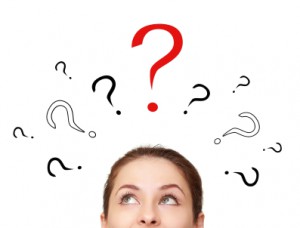 I feel like I’ve spent the better part of five years trying to decide what to do. After years of hanging on to plan A, marriage and then a family, I gave up after a bad break up and decided to become a single mother by choice. In the middle of trying to conceive, I found myself in a new relationship with a man who supported my efforts and gave me daily encouragement, but said he didn’t want to stay with me if I actually got pregnant. I broke up with him when I realized he had a big commitment problem, having nothing to do with whether or not I got pregnant.

After that my desire to become a mom swung completely to the other direction. The months of trying to conceive had been hard. I’ve always been conservative with money. I felt terrified of my lifestyle changing and feared being stuck at home feeling lonely while I went through the early years of motherhood. I felt (whether true or not) that I would never find a man after becoming a single mom. So I  decided I wanted a relationship more than a baby.

I lost weight. Traveled. Felt great. Found men were pretty interested in a woman like that and dated. My ex proved to me that he had matured quite a bit during our break up, and we got back together. I accidentally got pregnant because I  didn’t think I could conceive so easily and we weren’t that careful. I lost the pregnancy, and a tube, in an ectopic emergency surgery.  I had lots of mixed feelings about all that. Our relationship still was not that stable, and I had concerns about his parenting style and about co-parenting with him.

However, I had to acknowledge that the joy I felt when I was pregnant was undeniable. I realized if it had been a real pregnancy, I would have been thrilled despite the challenges with him.

After much discussion after the ectopic, we decided that we weren’t ready for a child together. So I started preparing to transfer my last frozen embryo and he was supportive of that. Then we broke up last week. It had nothing to do with my  trying to conceive but everything to do with one of his children, who is very difficult, and who my boyfriend doesn’t discipline effectively.

So, all of this is to say that there are some of us who still go back and forth between wanting to be an SMC one minute, then wanting the man the next minute, and then thinking we can make both work. Right now, I’m feeling excited about trying to conceive on my own, and feel it will be much easier to raise a child without my ex’s semi-dysfunctional family around. BUT, check in with me next week..

4 thoughts on “Took a Step Back, Looking Forward Again”