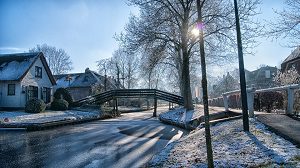 Recently, I randomly took a few minutes to figure out the number of days I was with my ex-husband. I then counted forward the same number of days from the day we split up . I am now at the point that I will have been apart from him for as long as I was with him. It’s not really a meaningful moment, but it does cause me to reflect on the past five years.

After we split up, I was a mess. I had been battling severe depression and anxiety during most of our relationship, and the breakup caused me to spiral very dangerously. The relationship, in its last 2 years or so, was extremely detrimental to my sense of self-worth and I ended up feeling like a failure for having a hard time finding a place for myself in the workforce. My spouse encouraged me to make as much money as possible, and told me that my dissatisfaction with my work was a result of my own inadequacies. In addition to that, he had encouraged my obsession with my weight for years, and when I let go of that obsession, I was chastised for gaining some weight back.

The aftermath of the breakup was difficult. I lived with family for a long time, working to get back on my feet, mentally, trying to figure out career stuff, and rebuilding my credit score, which tanked during my depression-fueled unemployment and 6 months of living without any income. I finally found the right medication to fix the brain chemistry that was causing such difficulty in my life. It took another short-lived relationship for me to realize that I am worth holding out for a partner who really makes me feel like I am every bit as valuable as I now believe I am. It was that winter that I started thinking about becoming a single mother by choice.

The next three years went by slowly at times and too quickly at others, as life tends to do. I was working towards a masters degree in education while I apprenticed for a year. The summer between my apprentice year and my first year of full time teaching, I tried twice to get pregnant. I had chosen an anonymous donor and purchased six vials of donor sperm. My two attempts to conceive failed, which in retrospect, was lucky because I ended up quitting teaching about two weeks into that school year. I am so glad I tried classroom instruction, because I now know that it is NOT for me, unless a major overhaul is done to the education system and the way teachers are treated.

I searched for work for five months and found a job in an office, doing what I had been doing for years before switching to teaching. It only took three months for me to remember that, oh, I hate that kind of work, and I spent that summer figuring out that it was financially feasible for me to turn my side gig (tutoring kids privately) into my ONLY gig. So I left my office job, and have been working as a self-employed tutor ever since. I also restarted voice lessons and quickly remembered that I love performing more than anything else in this world.  There is actually nothing stopping me from pursuing theater/acting/singing, in addition to the other things I am doing.

For a few months, I was not sure if I would pursue motherhood, after all, because there was so much I still wanted to DO! I wanted to try my hand at theater, build a ridiculously successful tutoring empire, overhauling math education at its core, and generally be a BAMF. But I keep coming back to the idea that being a mother is something I’m not willing to pass up.

The path I have chosen, both career-wise and single parenthood-wise, is unconventional. Many people might think it is foolish. Most people opt for security wherever they can. They opt for traditional choices, because those choices are safe and stable. Those are valid reasons for making life decisions. But for me, forging my own path feels a lot more comfortable and a lot more satisfying than trying to squish myself into the mold of what the world expected from me.

Nearly five years after splitting up with my ex, I am happier than I have ever been. I wouldn’t change anything that happened, because the upside of pain is the learning that comes from it. My sense of self is incredibly strong now. I know who I am and what I want, and most importantly, I have room in my life now to cultivate the relationships that bring me joy, and I no longer try to hold onto things (or people) that cause me pain.

2 thoughts on “The Last Five Years”