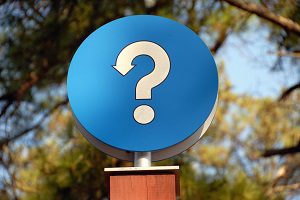 I was a divorced 44 year old woman, busy, happy, fulfilled.  Had my own business, loved the freedom, I used to say it was no coincidence that I didn’t have a boss or a husband, or that I drove a stick shift car — I liked to be in control!  I was in an on-again-off-again relationship with a great guy who (ironically) I thought was too busy with his sons from a previous marriage to devote enough time to ME (!), and we were in an “off” period.  I got on Match.com, and met and briefly dated another guy, it was honestly just a 6 week fling, he was not someone I was interested in long-term, he was really just to get my mind off the OTHER guy!  As I said, I was 44, I knew the facts of life.  But given my age, and the fact that many friends younger than me were struggling with infertility, I did occasionally get lax on the matter of birth control….

Well, you know where this is going by now.  I found myself knocked up at 44!!  I could NOT believe it. It took me MONTHS to figure out why my boobs were killing me and I felt so blah.  I never had morning sickness.  I just woke up one morning and wondered if I was getting my period….hey wait, when was the last time I had my period…..umm…..HOLY CRAP!  I ran to the CVS, bought a pregnancy test, and there it was.

Did I want to have a child?  It was a question that I hadn’t asked myself in many years.  When I was younger I had always assumed I would be a mom, but when I was married, it never seemed like a good idea (it would have been an AWFUL idea), and when I got divorced at 36, I just seemed to give that idea away as “not meant to be” along with everything else. I had so much: great family and friends, work I loved, freedom to do as I pleased….I just didn’t think that I was lucky enough to add “happy marriage and kids” to that list, and was ok with that, not everyone gets to have everything they want.  At best I thought I might find a partner with kids of his own and be a great stepmom.  Single motherhood was NEVER something I considered, really not even for a moment.  It seemed impossibly hard.

The first thing I did after reading the stick, was walk to my computer and look up the closest Planned Parenthood.  I can still see the Google Maps page showing me how close it was to my house.  Ultimately I never went there, or even called them,  but knowing that I had that option kept me calm.

And that is why, though my journey is different from that of many others, I do think of myself as a single mother by CHOICE.  I and I alone had a choice to make, and I chose to be a single mom.  When I was pregnant a friend told me about SMC (she knew a member), and I looked at the website.  The stories I read and continue to read today are so beautiful, women who have had a lifelong yearning for motherhood and who overcome huge obstacles to find their children – but I worried that that was not me.  For much of my pregnancy I was still somewhat ambivalent about what was about to happen.  But once that kid arrived…\.  One stressed out, exhausted night I dipped back into the SMC blog and newsletters and knew that these women were my sisters.

Everything kept pointing in the right direction. I told my sister (who was thrilled and realistic and supportive) and told my parents (who were freaked out and appalled – that has changed and they love my son like he is the second coming.  Seriously.)  I told the father (who wanted nothing to do with it and remains completely out of our lives, hopefully forever).  I found out I didn’t have maternity coverage on my health insurance (I had declined it when I started my company and got individual insurance) and figured out how to get it.  I kept an eye out for reasons not to have this baby, and didn’t find any.

I remember saying to God (who I don’t really know if I believe in, but (S)He is still good to talk to) “OK, looks like I might do this thing, but you BETTER give me an easy baby! OK? Deal?”  (S)He held up his (her?) end of the bargain.  After an easy pregnancy and an easy birth, my sweet, healthy, chill baby boy was here.  (Of course, God is now laughing, because now that I love the kid more than my own life, we have hit the terrible twos WITH A VENGEANCE!)

Many people say they can’t imagine their life without kids.  Well, I don’t have to imagine it, I had a big full life without kids for 45 years, and it was a good life and I sometimes miss it.  But I chose to change it, chose to try something new, and am very, very happy with that choice.