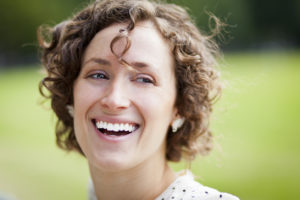 I was fifteen. From the window of the doctor’s office, I could see the shapes of buildings on Manhattan’s east side, beyond which lay the East River and a sky that, I remember, was bright with sunshine. It was so long ago, twenty-three years, but I remember the day as a sunny one, autumn and brisk. My endocrinologist was a tiny woman with a rich Scottish brogue, and I had enjoyed, during our many visits, learning about the inner workings of my endocrine system, the complex interplay of hormones and their various failings which had led me to her office. On this day–after weeks of tests involving two sonograms, an ACTH test, endless vials of blood–I would receive my diagnosis: polycystic ovary syndrome. She explained the factors involved, that it was the likely cause of the visible symptoms I’d been experiencing since I hit puberty, that there are various effects on the reproductive system.

I was fifteen, and the first question I asked: “Will I be able to have children?”

My mother, who was in the room with us, recently told me that she will never forget this moment, that it broke her heart. She remembers the doctor saying, “You’re only fifteen! Why are you worrying about that now?” I don’t remember that part; I remember her telling me, “When the time comes that you want to start trying for a family, you’ll work with a doctor to see what can be done to help.”

I was worrying about it because, for as long as I’d been consciously aware, I knew I wanted to be a mother. As a teenager, my fantasies consisted of reading bedtime stories to my two children (it was always two, a boy and a girl), teaching them how to speak Maltese–my parents’ language, even singing them songs as I changed their diapers. The only reason I wanted to grow up, really, was because then I could have a family. So the doctor’s words landed on me heavily and have stayed with me ever since.

It’s a fact I’ve lived with, now, for most of my life, so I’ve always known that adoption would likely be my path to motherhood. After discovering the extent of my infertility through a number of canceled cycles in an attempt at pregnancy with an anonymous donor, making the decision to move to adoption was relatively easy–perhaps easier than it is for others, who have not lived their lives with the specter of a dysfunctional uterus and malfunctioning ovaries; fertility is something we often take for granted (getting pregnant is, after all, what the female body is exactly designed to do!).

My desire to be a mother has only become stronger (I didn’t think it was possible) with each passing year, and having a biological connection with my child isn’t of significant importance to me. Being a mom, the act of parenting, is what matters. The only difficulty I’ve had in coming to terms with the idea of adoption is the thought that my greatest joy may come at the expense of someone else’s deepest pain. But adoption is, more than anything, about love, and it is from that love that the pain of adoption arises.

This is why I have embraced the principles of open adoption, the goal of forging a life-long bond with my child’s birth family. It’s challenging, and messy, and emotional, and scary, but all of these can exist in the clear light of day, and it is through openness that we can find comfort in our shared experience. After a lifetime of fearing that my greatest dream may never be realized, it is this that has brought me hope.

This Is The Quarry

4 thoughts on “The Beginning”