How Pursuing My Dream of Motherhood Made Dating More Fun 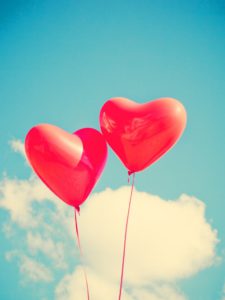 I had always assumed that unlike me, many women were able to date lightheartedly. Unconcerned with a hoped-for long-term outcome, these women could treat a date as just a date. They found a way to relax and have a good time. These women, I further suspected, were free to be themselves with their dates and so were the ones finding the right partner.

As these musings might indicate, my single dating life was often fraught with worry. When dating a man, I was rarely fully present. My mind ran the back story. I’d size him up, then rocket mentally into an imagined future. Is he the right fit for me, and I for him? Is he commitment-phobic? Am I? Are we wasting our time? Of course, sometimes, there was true hope and love. But the stifling “what-ifs” commanded my attention.

Revelations. Then about a year ago, a crossroads moment appeared. My father was in the hospital, in what would turn out to be the last month of his life. I was about six months past the most painful breakup of my life, and about six months away from 40. While chatting with a friend during a business trip to New York, I blurted out to her, apropos of nothing, “I think I’m going to become a mom on my own. Do you know anyone who’s done this and how on earth they did it??”

She grinned at me. The biggest, most joyful grin I have ever seen. I knew in that moment —we were in a bar, but I’ll take revelation where I can get it — that motherhood was where I was headed. That I was going to do this.

For many women, the decision to become a Single Mother by Choice (SMC) comes with intense mourning for “the dream,” that happy imagining most little girls grow up with of a traditional marriage and family — or whatever version fires one’s personal aspirations. Giving up the dream was one of my roadblocks. I tried to focus on letting go only of the order in which the dream would take shape, but it was hard. In my pained and somewhat perfectionist heart, I was letting go of ever finding love, before or after motherhood.

As difficult as my trying to conceive phase has been so far — including unexpected surgery and other things — the rebirth I first felt when I committed to becoming an SMC has remained. Out from under that pressure to find a mate, I have made space for lots of other types of fulfillment in my life. I’ve learned to better appreciate my friends, and I enjoy them more than ever before. No longer does every sighting of a traditional-appearing family cause envy and anxiety. My focus and confidence at work has improved, even as I mentally rehearse methods of fitting a child and my career together. The last thing I expected at the (previously dreaded) age of 40 was to blossom, but that is exactly what I felt. More than 20 years of dating and not quite getting what I wanted and hoped for were over. I was going to give myself what I wanted. It was a new era.

One thought on “Just A Date”