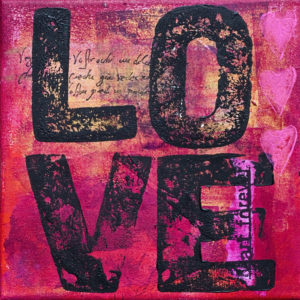 As any good English teacher and writer would, when I got to the stage of acting on my decision to have a child, I turned to books, lots of books. One that was touted as a classic for women in my situation, likely because it was one of the first to be written, was Single Mothers by Choice: A Guidebook for Single Women Who Are Considering or Have Chosen Motherhood by Jane Mattes.

I loved the Single Mothers By Choice organization and had already joined. I found the Forum and the information and support there to be super. But the book was published in 1994. A lot has changed since then. The definition of family has expanded a great deal, and non-traditional (divorced, blended, single parent, and gay couple) families actually outnumber traditional families. (A super cool statistic for a liberal chick looking to join these ranks!) It was still a good place to start, though. Knowing what women who paved the way for me encountered is sobering and important. And when it came down to it, most of the book still applies today, even the part that irked me most.

The book spends a considerable amount of time reminding single mothers/single mothers to-be that it’s okay—healthy, in fact—to mourn the loss of the husband they never found, to pay emotional respects to the Prince Charming who never showed up. Okay, I might have dramatized the wording here a bit, but the message was in there—frequently.

The first mention or two I rolled my eyes. I thought perhaps the author wanted to recognize the few readers who wallowed in their single status. The next few mentions, I shook my head. Does the author want me to wallow? By mention six or seven, I was just miffed. I want to have a baby, for god’s sake, not hold a freakin’ funeral! If I was so damn desperate to change my Facebook status from single to anything but, I would have settled by now—and that, my friends, would be something worth mourning!

Yup, I was riding my high horse all around Single-ville singing “All the ladies, independent…” at full volume. It was almost loud enough to drown out the quiet little voice in the back of my head, the one telling me, “but she’s kind of right.”

Because the author is right in some respects. I don’t like the word “mourning,” which I feel is better suited for something I lost. I never had Mr. Right. Certainly I had the dream of finding him, but mourning a dream would be the equivalent of acknowledging it is utterly dead. I’m not there yet. I can still dream of finding a great man, one who’ll accept me and the child I hope to have, and we’ll both be better for it, because I’ll be certain I’m loving him for the right reasons, not because he’s the best thing to show up before my clock runs down.

At some point in being single, though, you do need accept that Mr. Right hasn’t shown up and may never show up, and you need to learn to be okay with that. I may not have mourned Mr. Right and his absence, but I threw some fantastically tearful pity parties along the way—after awful first dates that made me wonder if dating was even worth it, after good first dates that never made it to second dates, and especially after fifth or six dates with nice guys who just weren’t my Mr. Right. I won’t even talk about the people who sent wedding invites without a hopeful “plus guest.” (I implore you, don’t do it!)

The tears never lasted too long, though, because I learned to be happy in my own skin. I learned to fill my life with people I love and respect and with fulfilling hobbies that allow me to grow and learn. This was after filling my face with pints of Ben & Jerry’s, of course, but I got there, eventually.

I think, or hope, at least, that this is what Ms. Mattes was really getting at. You need to go into this process already loving life and being fulfilled.

She might not have wanted to say it outright, but I can, since I’m here at the starting line: having a baby isn’t a Band-Aid to heal the ‘wound’ of being single. I want to have a child so I can share the joy I find in life already.

Which is the same reason I wanted, and still want, to someday find a husband. Not to complete me (sorry, Jerry Maguire, but I’m already complete), but to love, challenge, respect, and push me to be an even better form of the person I already love.

Until then, though, I will not mourn anybody or anything. I’m not beginning this journey because I’ve lost something. I’m beginning it to share all I have found: joy, love, hope, and wonder. And Ben & Jerry’s.

One thought on “Refusing To Wallow In My Single Status”