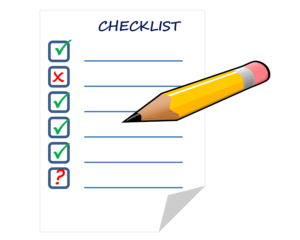 I’ve had McPiercy bookmarked in my mind as a blog topic for a long time, since people are often curious about the process of choosing a donor. I chose him before I created the blog and then I didn’t want to write about him until I was pregnant and then once I was pregnant I thought I should wait until the baby was born and then things were a tiny bit busy. Now that I’ve written about everything leading up to the creation of the blog (which starts during my first two-week-wait), I’m ready to share. Below is an excerpt from my book! (Read all the way to the bottom for McPiercy news.)

I began the search on the donor database of my chosen sperm bank, which felt shockingly similar to online dating. One puts in the parameters of their search (e.g. ethnicity, eye color, height), and the system pulls up your lucky matches. I had to keep reminding myself that it wasn’t online dating–it was a different type of search altogether. Or was it?

In considering what was most important to me in a donor, I came up with three main criteria. He should be 1) willing to be known (i.e. he’s agreed to be contacted if the child chooses to get in touch when he/she turns 18), 2) tall (this is one of my dating preferences but, more importantly, is an advantage in society), and 3) my coloring. I read somewhere that there will be enough questions to answer without also having to explain why the kid looks nothing like you. Beyond that, yes – of course he should be smart, driven, kind, fit, healthy, etc. etc. but, frankly, the sperm bank screens so selectively that most donors in their database are all fine genetic specimens, particularly when it comes to their health history. They are also uniformly 24 years old. They all need the money.

I did a fair amount of searching online, but this was expensive – in order to access adult and baby photos, you basically had to purchase and download them at around $15 a pop. Alternatively, you could go into the sperm bank office and pore over binders that included the donors’ extensive info and photos, for free. Of course, it wasn’t easy for me to get time to hang out in their office when I was working full-time.

Then I realized that they were open on Presidents’ Day, whereas my office was closed. Perfect – I would have time to at least narrow it down to my top three, and my plan was to share these with my immediate family. According to my fertility charting, the magic day was approaching.

By the end of that afternoon, I was tearing my hair out. I did not have my top three, and I was a wreck. Consider for a moment how major this decision is –determining the future genetics of your child! It felt, in a way, like I couldn’t screw it up, since the baby I ended up with would have to be the right baby. But, on the other hand, until I had that YES THAT’S HIM feeling, I was very hesitant to make any decision.

I remember going home that night and watching back-to-back episodes of Downton Abbey as an antidote to the stress of the whole donor selection process.

After taking a short break, I came back to the decision reinvigorated and somehow made time to get back in front of those binders. I narrowed it down to three and gave each contestant a name: McSmiler was a 6’4” sommelier of mostly Irish heritage and a big smile; McDreamy was handsome, short, an artist, and not smiling; and McPiercy, named for his ear- and lip-piercings, was also tall (6’3”), also handsome with dark hair and dark eyes (not my coloring), and was working as a waiter and substitute teacher.

Then, I sent my family this email:
“At first I was detached from the donor selection process. When it was finally time to get serious about it, the other day I spent 1.5 hrs in the clinic going through binders, and I picked 6. Then I ordered their adult photos online and realized that sometimes cute babies grow up to be not-so-cute donors and cute donors can be not-so-cute babies. I mean–all babies are cute, but in the end there is a gut feeling about whether it’s a match for me. I’m asking you to please help me by reporting your gut feeling on these!

I want to involve you because you’re my family and I need trusted people in on this decision. (I ask that you please keep the donor info between us for now.) I did manage to pick 3, after scrolling through the entire list of Willing To Be Known donors (around 130). These 130 guys are mostly not rocket scientists–they’re around 24 years old, students, many are artists of some kind (musicians, actors, etc.), they are pretty much not fully-realized adults yet. They’re not especially guys I would date or even necessarily be attracted to in their current phase of life. But, in many cases, there’s a nice vibe – a sweet smile, a positive outlook, a strong and healthy body, a thoughtful human. I’m looking for the one that feels comfy. I have pros and cons on these top 3, but I’m also aware that no one is perfect, there are no guarantees, etc.

So: please look these over soon if you can! Probably better to chat with me to let me know your impressions before talking to each other. Also: I reserve the right not to go with your choice! But I feel like your impressions will definitely help shape my process one way or the other. As a last-minute planner, I have high hopes that I can finalize my decision in the next couple of days and I can place my order (time is running out as I’m already on Day 2 of my cycle). Otherwise, I will wait one more month so I can take the time to feel really sure.”

My family totally dropped everything they were doing that day to read through all the donor forms, evaluate photos, and weigh in on my selection. It meant a lot to me that they were all involved in this seemingly monumental decision, although we were far from consensus!

Each family member weighed in with a variety of ranked orders for lots of different, touching, well-considered reasons, and I was surprised and intrigued when my mom ranked McPiercy #1– the guy I had thrown in last-minute to have a third, but without really looking at his details. After all, he had dark hair and dark eyes, not meeting my criteria of having my coloring. I said, “Mom, #3? Really? I need to look at him again!”

I went back over his photos and details and realized I really liked him too. Analyzing his adult photo, I realized that I would be attracted to him in real life. He was “my type.” Suddenly this seemed imperative – of course you should be attracted to the guy you’re going to procreate with! And his baby photos were adorable–he was around 18 months and had big, messy, curly hair and sweet brown eyes.

I then consulted with two friends. The first had conceived with a donor more than ten years before and I wanted to know about her process for choosing. Back then, there were no photos and almost no info. He had listed his favorite animal as a dolphin, which just seemed perfect and right to her (and her partner) – and their daughter came out looking like her clone and waking up every morning singing.

The other friend is a single mom of two with addiction in her family–she warned me that addiction would be her biggest concern (McDreamy was a smoker).

Still, I didn’t make the final decision until I did an old-fashioned pro/con list, which is what I do in times of extreme duress over big life decisions. There was no competition–#3, McPiercy, had the most pros, and only two cons: his mother was allergic to penicillin (not really a con!), and he wasn’t my coloring (also not really a con!). Done and done!  McPiercy!

I meditated on it and then called to place my order with the sperm bank, checking and re-checking that I had the right donor number. I’d had no clue what my process would be for choosing when I went into it–and yet, somehow, the process was perfect and I felt really solid about my choice. I believe I started with three vials of sperm.

Now, after all the planning and prep, I really was on the precipice of becoming pregnant.

AND HERE’S THE MCPIERCY NEWS: When I selected him, I had access to his adult and baby photos but ALSO a 7-minute video interview, which I never watched. I specifically didn’t watch it because most donors did not have videos and I didn’t feel I could compare a guy without a video to a guy with a video. So I didn’t watch it then, or while trying, or while pregnant. I watched it last week.

Why last week? I have no idea. It was like 11 in the morning on a Thursday and the baby was sleeping and I just suddenly felt it was the right moment. Like E is his own person to the point that it doesn’t matter what was on the video.

The video came on the screen and the still photo that I’ve studied so many times came to life. The questions were deep–why did you decide to be willing to be known? what are your best qualities? what do you hope for the future? what do you wish for the babies? And his answers were all so genuine, kind, and smart. He had a great smile, deep voice, and flashes of Baby E. He said we’re all here to create a great life. He plays his part and the parents play their part. He hopes they all have loving families and unlimited opportunities. I was crying.

I knew I couldn’t screw it up and that I’d get the right baby. But I have to say–McPiercy goes above and beyond all expectations. He’s my hero. I’m so grateful to him for bringing us Baby E and trust that if and when E looks him up down the road, they’ll have a meaningful and important conversation.

I hope McPiercy has a great life too.