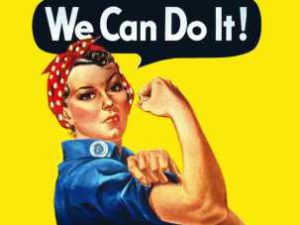 I’m almost ready to send my packet of paperwork to the agency: the medical form and fingerprinting records, the background check requests and the letters of recommendation, the budget form more detailed, and more complicated, than anything I had to fill out when applying for a mortgage.  This packet will precipitate the home study process with the social worker, and then, if I pass, it’s on to creating my profile and then… waiting.

Most people trying to adopt do so in a couple, which means there’s always someone there to complain to or to help with paperwork or distract from the obsessive single-mindedness that can very easily take over this process.  It doesn’t bother me to be doing this on my own; to be honest, once a friend convinced me two years ago that the SMC (single motherhood by choice) path was possible, I became genuinely excited by the thought of doing this on my own, of not having to negotiate all of the compromises that come with having a baby with a partner.  I started looking forward to taking charge of this situation, of thinking about me and my baby out in the world together, just the two of us, an incredible team. My child is the only companion in life that I really need, and I thrilled at the prospect of taking on the challenge of single motherhood, knowing that I didn’t need a man to make this happen.  The decision to become an SMC felt like the most feminist thing I’d ever done.

That’s not to say that I didn’t spend years, after the end of a seven-year relationship in 2010, trying to find a suitable partner with whom to start a family.  All that time, it seemed as if this was somehow a necessary part of the equation; I didn’t know any SMCs personally and wasn’t aware that this was an option. Due to where I was living at the time and the nature of my work, most of that search took place on various online dating sites which could put me in touch with men who lived a bit farther away, in more progressive cities where there would be like-minded people.  I agonized over my profile, over the pictures I’d include and the clever things I’d say about myself (self-promotion has never come easily to me).  Biting the bullet and attempting to be proactive, I would send messages to men who looked promising and often receive radio silence in return.  Sometimes I made connections, and sometimes those connections led to some very fun experiences.  But, as evidenced by the nature of this blog, none of them led to the kind of relationship that would result in a family.  It became exhausting: the profile-editing, the messages, the waiting, the refusal to settle, the desire to be chosen.  When I finally closed the door on that carousel of disappointments and decided to pursue single motherhood–a decision that meant I wouldn’t have to wait for the right man to choose me in order to have the family I wanted–it was an extraordinarily freeing moment.  For the first time, no one else had power over my future but me; I would no longer have to put my dreams into someone else’s hands.

My uterus, however, had other ideas, so here I am.  I am once again agonizing over the thought of making a profile–getting just the right pictures, thinking about how I’m going to describe my life, worrying about what qualities will be appealing or unappealing, whether my vegan lifestyle or lack of participation in organized religion or, at its most basic, my singleness, will keep me from once again being chosen.  Once again, decisions about my future and the fulfillment of my one and only dream rest entirely out of my hands–the one thing I thought I’d escaped when I decided to pursue single motherhood.  This time, though, the stakes are much, much higher; I don’t even have the option afforded by online dating, where one can send out that icebreaker message to someone who looks promising, the message that whispers, Hello, I’m out here in the world, and I’m worth knowing.  This time, the person out there who might choose me gets nothing in return, the refrain in all of this to which I keep returning and upon which I have previously reflected.  There’s just so much at stake for everyone involved in the adoption process, which makes me wonder how adoptions happen at all. And yet they do, nearly every day, even for single women, and people on both sides manage to find their joy again.  So I find myself in an all-too-familiar holding pattern, hoping that my joy–which I cannot (unlike most women) create from within–is somewhere out there, waiting to find me.

This Is The Quarry

2 thoughts on “The Adoption Complication (or, Why Single Motherhood)”