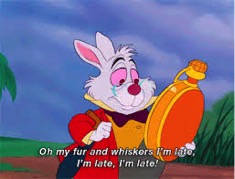 Let me tell you about the pre-SMC me. She was like the Rabbit from Alice In Wonderland. Rushing all around town, trying her very best to meet, date, and marry Mr. Right. Why? Because her biological clock was ringing quite loudly in her ear and the voices in her head kept shouting: “hurry up, hurry up, you’re late! Late! LATE!!” It was such a sad, frustrating, and frenetic time!

And then something shifted. I decided to start dating myself. I began with solo trips to the movies and even sampling restaurants with just me, myself, and I. It became routine and quite fun to take myself out whenever and wherever I fancied. In the midst of this, I started to see that I could actually be happy, even though I was alone. In hindsight, I think this allowed for the idea of SMC to be on my radar.

Four months later I went to consult with a reproductive endocrinologist (RE) about my chances of having success via In Vitro Fertilization (IVF). Although I’m not pregnant yet, that mere decision seemed to pause the time clock. No longer was I frantic about finding Mr. Right Now, because I could achieve mommy-hood on my own.

In many ways deciding to choose the path of SMC, freed me. For the first time, in a long time, it felt like I was living my life for me.

I still have hopes of one day meeting Mr. Right, but right now my sight is focused on achieving the goal that biologically has a time limit – having my own child.

2 thoughts on “Embracing My SMC Status”