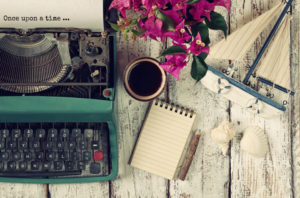 An alternative to the old (and outdated) ‘Once upon a time…’

I never had much interest in princesses, preferring jeans and sneakers to ball gowns and glass slippers even as a young girl. But that’s not to say that I didn’t grow up thinking someday I’d experience my own fairytale romance. When I reached 35 and was still single, though, I started to think that fantasy would never morph into my reality.

In the two years since, my ‘Once upon a time’ has taken some drastic turns. Tired of waiting for my prince to arrive and fed up with unsuccessfully scouring the suburban realms for him, I decided to skip the being-swept-off-my-feet stage, at least for now. Instead I chose to jump right to the chapter of the story entitled Motherhood. As any writer does, I made a few edits and a few errors. And life threw in some plot twists of its own to spice things up. The result, after a couple months of researching, half a year of fertility treatments, and a wonderful (but at times trying) pregnancy, is a beautiful baby boy.

I know I’m just beginning my adventures in motherhood, but I can’t help look in my son’s face every morning and feel like I’ve been given my happily ever after—minus Prince Charming.

While I don’t miss my prince (you can’t miss what you never had), it’s not always easy being a single mom by choice. Yes, I’m queen of my own castle, ruler of my own kingdom, and my own knight in shining armor all in one. But I’m also responsible for paying all the bills, changing all the diapers, and assuring my own little prince grows up to be the kind of man who both holds the door and appreciates a princess who can hold her own.

But hey, no one ever said happily ever after wasn’t a lot of work. It is worth it, though. So worth it.