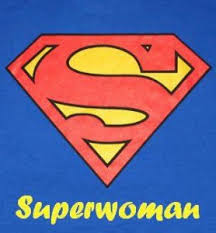 Ten days ago, I attended my first expectant Mom’s subgroup meeting of my SMC group. There were 5 of us there, ranging from 6-weeks pregnant to 39-weeks pregnant. It was amazing connecting with women who are going through the same thing as I am.

We were all thinking that the 39-week woman “A” might not be an “expectant mom” for much longer, although since this was her first baby, she’d probably deliver late. Well, it turns out that she didn’t deliver late… she actually delivered 2 days after our meeting. And, guess what? She showed up with her son “P” in tow at our next SMC meeting 6 days later! Wow, unbelievable that she was able to get herself and her baby out of the house 6 days after giving birth. Not only that, she was walking around breast feeding the baby and taking care of P like she had been doing it for years. What a SuperMom! That was so awesome to see, and gave me so much hope that I’d be able to handle all of this too.

The other thing that struck me, is that the baby bump I had seen 8 days before, turned quickly into a baby. Not that that was a big surprise, but it was just such a big change — when I met her she was pregnant, and all of a sudden she had a baby. It made it all that much more real for me, that one day I’m going to be pregnant, and 2 days later, I’ll be home with an actual baby to take care of.  Wow, now THAT makes it real!