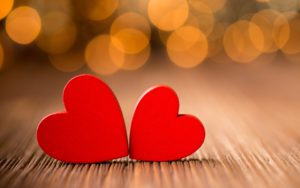 If you had told me when I was 38 and picking a sperm donor that only a few years later I would not only have a healthy son, but also a wonderful husband and four stepchildren, I would have laughed you out of the room! That’s the stuff of Hallmark movies, not real life, right?

When I was young I wasn’t sure I wanted children, or even to get married. My family is quite old-fashioned, and I didn’t have any role models who were mothers and had careers. I saw how much the women in my family had sacrificed, and I was not interested in giving up my hopes and dreams. Even though I liked kids, I saw how much power the male breadwinners had, and vowed to always be able to support myself.

Fortunately I left my conservative Midwestern town for college, and got to see some more progressive families that broke gender stereotypes and gave me hope—hope that not all women had to choose between being mothers and pursuing meaningful work, and that there were men out there who were involved parents and supportive partners.

I found myself wanting children more as I approached 30, but I wasn’t having much luck finding a partner. Although I was busy with grad school and, eventually, my job as a professor, I always made time to date but boyfriends never seemed to last.

So in my early 30’s I started looking into becoming an SMC—by adoption at first. There were so many hurdles to overcome with adoption as an SMC that I began to get discouraged. I was surprised when a religious friend of mine (who was a married mother of two) said, “Why don’t you just use a sperm donor?” It seemed a little strange at first, but the more I thought about it and researched it, the more I wanted to at least try to have a baby myself.

I spent years doing research, waiting until I felt sufficiently secure financially to take the leap into single motherhood. I took the advice of another SMC and picked a sperm donor that seemed like he would “fit into my family” appearance-wise, so my child wouldn’t feel like s/he stuck out.  I broached the topic with close friends first, who were mostly supportive. My younger sister was great, and was a big help with  telling my parents. My mom wasn’t thrilled, but she understood the desire to be a mom. My dad took much more convincing—he thought having a baby on my own was a really bad idea for lots of reasons: money, stability, the workload, money… But my mom and sister convinced him to get with the program, because I was moving forward.

I truly believe my little boy was meant to be.  You can imagine how blessed I felt when I had a successful insemination on the first try, without fertility drugs, at age 38.

I started online dating again when my son was about a year old. This time I set some strict rules for myself.  I made it clear on my profile that I was a single mom, so prospective dates needed to be OK with that.  I would meet someone for lunch or coffee on a weekday for a first date, so I wasn’t paying for babysitting only to find out there was no connection. And I did not give out my phone number until after meeting someone and deciding there was enough chemistry for a second date.  I met my future husband after about 6 months.

I never would have met my husband if I hadn’t decided to become a single mom. It may sound crazy, but it’s true!  You see, my husband was a devoted father who had 4 children from his first marriage, so he wasn’t interested in having more children.  He had dated a few women that didn’t have kids but claimed they were “fine” with him having them.  He soon found out that they didn’t appreciate how much time he spent with his kids, and he thought a fellow parent would be more understanding.  So if hadn’t become an SMC before our paths crossed, we would have found out our perspectives on children were incompatible and gone our separate ways.

Thus began our courtship, and after a year of dating we decided to merge our families and form a 21st century “Brady Bunch.” His two youngest and my son live with us, and his older son brings his wife and two kids over every Sunday. I had never wanted a big family, but this has turned out better than I could have imagined. And I feel so blessed; my cup overflows.

One thought on “My SMC Journey: First baby and me, then hubby makes 3!”