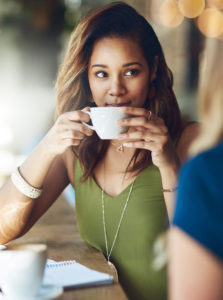 (This is the second half of Motherhood. The first half recently appeared in this space.)

If I decide to become a single mother, I would probably also be deciding that my child would be an only child. Not only would s/he not have a father, but also it would be just the two of us. Going it alone would be hard enough financially and mentally, so thinking about a second on my own is probably not in the cards. Some of my best memories growing up involve my brothers: chasing after each other, inventing games, and having a buffer or distraction when we were stuck with our parents for too long in a confined car on road trips. As adults we’ve bonded in a completely different way and I can’t imagine not having these relationships in my life. Who am I to knowingly deprive my child of that experience?

I live in a community where this isn’t the norm. Perhaps if I lived in another area it would be a different story, but I live in a very closed minded community. That’s obviously a huge generalization, but the reality is that the majority gets married by their mid-20’s, most of the women don’t work full time, and gossip circulates like crazy. If you are getting divorced, within 24 hours everyone is talking about what happened, who cheated, and how they saw it coming. The truth is that anyone who doesn’t live their life in a traditional way has moved away; it’s just easier that way I guess.

In all honesty I don’t care about what they think of me and my decisions. I know they already think I’m a lesbian because I am not married and went to Smith. What other reason would there be for not having a revolving door of boyfriends or a husband by now?

So I am not too concerned for myself about what they would all say if I show up  pregnant and single,  but I am more concerned for my family. I know it would hurt my mom to have all these people talking about me and I know that in the end it would be hard for my child growing up as the fatherless child in this community.

But if I throw all of that out the window, why shouldn’t I be a mother? So what if I knowingly choose single motherhood? The one thing I’ve seen from family and friends is that you can attempt to plan out how you expect to raise your children, but then having them is a completely different story. Nothing goes exactly as you planned. I could do it alone and make it work for me…for my family unit. It wouldn’t be easy and I would need the support of my family, but I could do it and do it well.

The last part of me thinks about tradition. I am not a very religious person, but this part of me contemplates the whole idea that if G-d wanted me to have children, then it would be when I am married and the “natural” order of things occurs. Should I be taking this into my own hands and going ahead with insemination or freezing my eggs? Or should I just wait and see if I meet that right guy and hopefully get pregnant? Maybe at the end of the day I am not meant to have my own kids. Maybe I am meant to be the awesome aunt and take care of other people’s kids. Everyone has a purpose and perhaps mine is not motherhood in the sense I’ve always thought.

Whatever my path may be, I still don’t know. I hate that as a woman I have to make a decision fairly soon and can’t let too much time pass to see what happens. I tend to over-analyze many decisions, but the best ones, the ones that have significantly impacted my course in life, have been more gut reactions. I think I’ll patiently wait to see where life takes me between now and 35 and then I might just go with my gut.

One thought on “Motherhood — Part 2”