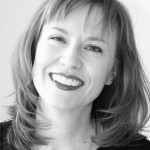 Pre-kids, I predicted that I would enjoy parenting an infant a lot, and would really love the years from two to five. I expected I might lose interest after that, based on my experience with other kids. I found it easy to talk to toddlers and preschoolers, but found the fads of grade school tough to follow, and always felt like I reverted back to that shy, awkward kid I’d once been, when I tried to engage friends’ school-aged kids.

I wasn’t as much of a “baby person” as I’d expected to be. Maybe that was having two infants at once, but I was exhausted for the whole first year of my daughters’ lives and while I do still sometimes long to do it again (with a singleton!), a large part of me experiences a mild version of PTSD when I see really little babies. It’s fading, but it’s there all the same.

Starting when my daughters were about a year, I began to feel like myself again, physically. I was getting more rest, and the girls were following a pretty predictable schedule. There was always something new to learn, but I was finally beginning to have confidence that I would be able to learn it without causing permanent damage. I even felt “together” enough to sew them dresses for their first birthday party. Mentally, of course, I had a “new normal” and was drastically different from my pre-parent self in many ways, but I was starting to feel comfortable in that new skin. I really hit my stride when they were about 18 months old, and I truly loved those toddler-preschooler years, as I’d expected to; it was the first time I experienced that bittersweet wish to stop time, that sense that it was all slipping away too quickly. But, as we all find out for ourselves, no one’s patented a time-freezing potion yet.

That being said, after nearly eight and a half years as a mother, I’ve found that it just keeps getting better. More complicated, yes. I got a real shock the first time we were out running errands and ran into someone whom they knew but I didn’t. But I’m finding that I love having kids who know their way around the school and who are greeted by people (kids, teachers, other parents) that I don’t know when we run into them at Target.  They’re also old enough now to be left alone for a couple of minutes while I run to the corner store for milk. I have a measure of my old independence back, but I also have two amazing people to share life with. We still have tears and drama and attitude and all that, and that won’t go away anytime soon, but with every year that passes, we do more together as a family; my daughters feel more like companions and partners in the adventure…and our adventures increasingly involve what ALL of us like to do together as a family, rather than kid-tailored activities that I tolerate for their sake or, occasionally, things that I want to do that they have to be dragged along for (this still happens, but now they can entertain themselves now with chapter books or—if I really want to buy their compliance—some coveted time on their DS-lites).

We have deeper conversations. They actually ask me how my day went and they aren’t just parroting me. They really want to know, and I can really tell them (within reason). I even occasionally ask for wardrobe advice, which they’re thrilled to give. And now I will actually listen to their advice…most of the time. I’ve shared the Beatles with them since Day One, but now I can finally share Harry Potter and Lord of the Rings with them; soon, we’ll be sharing Gilmore Girls and Buffy the Vampire Slayer, The X-Files and Veronica Mars.

So I try to keep that in mind: that it’s a trade. Yes, I don’t have those cute little diapered bums toddling around, and never will again. I’ll never get to see their wide-eyed wonder over every leaf and pebble they encounter on our walks. But I hope my wide-eyed wonder over watching them grow and change and develop into remarkable people will never go away.