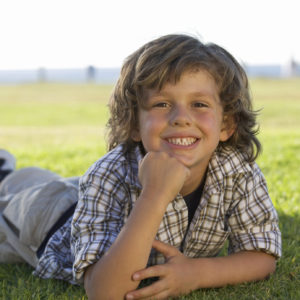 I’ve been thinking a lot about this lately, in several different contexts. One significant example is the issues that arise out of the fact that we’ve started getting into more specific details about conception. It was a non-issue for my son to find out, or more accurately, have confirmed that the donor is his biological father, although I will admit that I haven’t emphasized that specific phrase. But I have mentioned it and also do talk at more length about the fact that the donor is the man who gave the sperm that fertilized my egg to create a baby.

I think kids take their cues from us on this sort of thing so I have tried hard to be very matter of fact about it all and present it as neutrally as possible, while still making it clear that I think a mom and kid family is terrific. And I focus on how generous the donor is to have made our family possible.

I never wanted it to be some deep dramatic thing for my son to find out that he had a donor or that the donor was his biological father – I wanted it to be something that he understood organically because it has been mentioned in context all along. (This is similar to the recommended approach for adopted kids.)

Things I have not talked about yet include the fact that the donor made other some other families possible too. I do plan to do that sooner rather than later, once I feel that my son has more understanding of the biology involved. This involves an element of choice on my part, as I see family more as a social construct and less as a biological one, so I don’t really feel any sense of sibling kinship with these kids. However, I intend to stay as neutral as I can about that, and let him know that if he wants, I can try to get in touch with some of these other families (there are some on the DSR).

It’s started to really hit home for me that, by the way I frame his knowledge, regardless of how neutral I strive to be, I am having an indelible influence on the way my son perceives the world and his place in it. And certainly, I knew, at least intellectually, this would be the case when I signed up for motherhood. But the reality is that these choices have potentially life-long ramifications for him and are therefore so much more weighty and difficult for me to make.

Sometimes, I miss the days when my hardest decision was choosing between Pampers and Huggies! But I suppose it’s also nice that he can now choose his own boxer briefs.

One thought on “My Choices and My Son’s Choices”