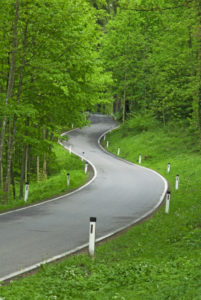 As I sit here writing, my house is filled with baby items from friends and Freecycle. All I need is a baby. At least now I have hope—I’m on an adoption waiting list. But what a long journey it has been…

I became a thinker and joined Single Mothers by Choice at age 39. People encouraged me to move forward, but I was stuck. I wanted a husband, then kids—the traditional family. At 40, I met someone I hoped could be Mr. Right, who turned out to be Mr. Autonomy Issues. At 41, I broke it off. I was devastated. I went into a depression, sought counseling and was stuck—I wanted biological kids, but I also wanted a traditional family. I kept thinking.

I went to the counselor and grieved and grieved. All my dreams down the drain—my desire for a husband and three biological kids. All those years of envisioning my children; who they would take after—my mom, my sister, my brother? My connection to my heritage. It was one of my darkest hours.

After learning my final pregnancy wasn’t viable, but before the actual miscarriage, I contacted the adoption agency. They were enthusiastic at a time I needed enthusiasm. I was exhausted—2.5 years of fertility treatments, disappointments, miscarriages, poking/prodding and money out the door—all for nothing.

I did my home study and got on the waiting list. I’m excited about adopting. With adoption I will be a mom. With fertility treatments, it was a crap-shoot. Moving to adoption was a relief—no more needles, doctor appointments, miscarriages, disappointments, hormones. I could live my life more normally while I waited, although I have moments of grief that sneak up on me.

by Leslie C , who is now the happy mother of a wonderful daughter.