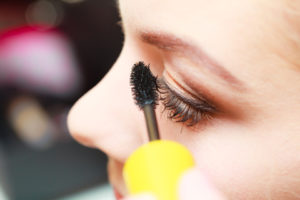 Or how pursuing my dream of having a child made dating more fun.

As these musings might indicate, my single dating life was often riddled with worry. When dating a man, I was rarely fully present. My mind ran the back story. I’d size him up, then rocket mentally into an imagined future. Is he the right fit for me, and I for him? Is he commitment-phobic? Am I? Are we wasting our time?

Of course, sometimes, there was true hope and love. But the stifling “what-ifs” commanded my attention. Revelations. Then about a year ago, a crossroads moment appeared. My father was in the hospital, in what would turn out to be the last month of his life. I was about six months past the most painful breakup of my life, and about six months away from 40. While chatting with a friend during a business trip to New York, I blurted out to her, apropos of nothing, “I think I’m going to become a mom on my own. Do you know anyone in our field who’s done this and how on earth they did it??”  She grinned at me. The biggest, most joyful grin I have ever seen. I knew in that moment—we were in a bar, but I’ll take revelation where I can get it—that motherhood was where I was headed. That I was going to do this.

In addition to all this, my feelings about men have become delightfully uncomplicated—for the first time in my adult life. Obsessing over which class or volunteer cause might have the highest male/female ratio was no longer occupying my thoughts. I’ve even found that I’ve been getting a lot of male attention—without really trying. Again, not what I expected at 40, and certainly not what I expected in the pursuit of SMChood.