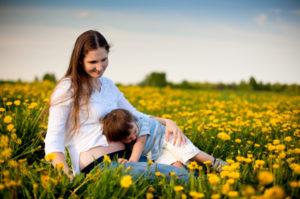 During the last few weeks the world around us has changed suddenly. Hot sticky days with harsh bright sunlight have been replaced by cool, crisp dry days that smell of fresh mown grass and distant fires. Many of the 6-foot-high corn fields have been mowed down, and the guy selling 12 ears for $4 out of the back of his truck has sold out for the season. The soybean fields are starting to turn golden, and maples and ash here and there are flaming red and yellow. It isn’t fall yet, but fall is definitely in the air. We leave the windows open at night, and some nights the brisk prairie winds from the west cool the house so much that I have to get up and close the windows. We leave for town every morning just as the sun is coming up, and as we turn east to head for Jamie’s Play Palace, the blinding sunlight makes Sammy demand that the sun go away. “Go away, icky sun. Go away,” he says.

But the weather is not all that is changing. I am slowing down, trying to memorize and appreciate every single moment I have with Sam. Our last few weeks alone. Our last few weeks before we have to share each other. Every night before bed we rock in the double-sized rocker in his room and talk about what we did during the day. He no longer lays on my lap… partially because my lap shrank as my belly grew bigger but mostly because he always wants to remind me that he’s a big boy, that he wants to sit next to me rather than on me. We squeeze into the chair side by side and I wrap my left arm around him and he leans into me resting his head on my belly. Sometimes he jumps up and makes a joke that Baby Sister just kicked him, but mostly he leans and tries to find a comfortable position for his head. He sometimes takes a while to settle with all the excitement he has when we talk about our day. The walks we took, the vegetables we picked, the friends we visited, the pies we baked, the bubbles we blew. Sunday he was so excited about the 3-man tent set up in the living room and the flashlight we used to read our bedtime stories (until he accidentally slammed it into my nose) that he could hardly sleep. Tonight he told me how excited he is to stay at Jamie’s house tomorrow night.

I’ve decided to give myself one night off every week. A night to recharge and stay horizontal and not have to cook or clean or sit on the bathroom floor next to Sam’s potty chair while he pushes and reads his Elmo potty book for fifteen minutes. I have been looking forward to giving myself these nights off for weeks, looking forward to a relief from the battle of do-this-why-because-i-said-so. But on the eve of my first weekly night off I find myself a little sad, a little unsure of whether I want to give up a night with him when we have so few left of just us, so few quiet nights when I’ll be able to sit and talk and cuddle and share and remember how truly lucky we are to have each other.

Tonight on the way home we saw a digger for sale just down the road from where the guy used to sell corn out of his pickup. Sam was telling me for the 25th time that he didn’t want pizza for dinner and he didn’t want noodles for dinner and we needed to stop and buy mangoes. Yummy mangoes. I had tired of the broken record conversation we were having and I pointed out the digger, told him it was for sale.  “

I told him it was big and expensive and we didn’t have enough money.

Last week as we were pulling away from the daycare, the father of some of the other children was just pulling up. Outside the window Sammy heard Jamie say “Look whose daddy is here.” After we had turned the corner and gone a few blocks down the road, Sam said “I don’t have a daddy.”

“I have a mommy,” he said, and I shifted the rearview mirror to see him smile. “Just a mommy and just a TT!”

“Yep,” I said. “You have a TT!” I didn’t remind him that in a few short weeks he will also have a Baby Sister.

Tonight as we rocked in the chair in the 7pm bedtime routine darkness, the flashlight put away on the “big boy dresser” across from his bed, he told me he loved me very much and stretched up to kiss me on the nose. “Sorry I hit your nose, Mommy. I hope your nose is all better,” he said. He patted me on the head with the same soft touch he uses whenever he apologizes to get off the naughty mat and I reassured him that I knew it was an accident, that I was okay. He kissed me on the nose again and repeated, “I love you very, very much.”

How do I take a night off from that?