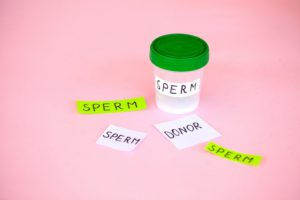 In November of 1999, my mother was artificially inseminated. Twenty years later to the exact date, I found my sperm donor.

On the evening of November 3, 2019, I was doing homework  when my mother messaged me. She said I had a DNA match on ancestry.com with someone that wasn’t related to her. I was confused. Then I realized: this was a relative on my donor’s side. I went to ancestry.com and looked at the match. It was a woman’s name, so it couldn’t have been my donor. However, it was a lead. I looked up her name and found her place of residence, her age, and her children. She was from the east coast, in her 70s, and she has 3 sons and 1 daughter. Based on her age, I assumed that she was a grandmother or great aunt.

I went to Spokeo.com for general information. There I found the names of her children. I disregarded the daughter, because while I am related to her, my main goal was to find my donor. I searched all three sons’ names until I found the man that matched the description from my Donor Profile. The first two were not a match. One had brown hair and dark eyes, so he was out. The other worked in the STEM field. I had one shot left. I looked up the last son’s name and there he was. At the time of his donation, my donor was in law school. The main reason he donated was that he needed money to pay for his student loans. I am fine with that because I too have student loans and would do the same if I could.

I honestly never thought I would find my donor. I know of many donor offspring that have found their donor siblings, but there have been very few cases of donor children finding their actual sperm donor. But when I entered his name into the Google search, a blonde blue-eyed lawyer came up. My heart almost burst out of my chest. I looked at his picture and saw myself. I saw my eyes. I saw my hair. I saw my nose. I saw everything my mother didn’t give to me.

I am very similar to my mother, but there are some things that I didn’t inherit from her. My passion for politics, and social activism. My determination, my blunt and bold personality, my love of helping others, and my drive for justice. My mother is a scientist. She is great at math and science as well as writing and reading. I sadly wasn’t given the science gene, but I have always loved to write. But one thing I didn’t get from my mother was her “everybody gets along” philosophy. She is known as a “moderator” or the person that wants everyone to shake hands and say, “different strokes for different folks!” While I try my best to understand both sides of an issue, I can not stand idly by when I witness discrimination and injustice. That’s the fighting spirit I got from my donor.

After I had some time to process everything, I had to remind myself that my donor was  guaranteed anonymity. He was not supposed to be found. I was supposed to live my life forever wondering who half of my genes belonged to. Legally I cannot contact him. He was told he wouldn’t be identified. But I did. After having had no luck in finding donor siblings, I thought I would never know my donor. I had accepted that. Then 20 years later, there he was. My biological father. Half of my genes. Half of my DNA. Half of me.

I don’t think I will ever be able to legally contact my donor. It was stated very clearly in the contract with the sperm bank that there should be no contact between the sperm donor and the recipient or the offspring. Even if I can never contact him, if I could tell him something it would be this: I would thank him for giving my mother the chance to have a child. I would thank him for providing the missing piece that my mom needed to create a family. I would tell him that even though he wasn’t involved in my childhood, I was raised by the best mother in the world. I’m eternally grateful for the gift you gave my mother: the gift to have a child and a family of her own.

3 thoughts on “I Found My Anonymous Sperm Donor. Now What?”