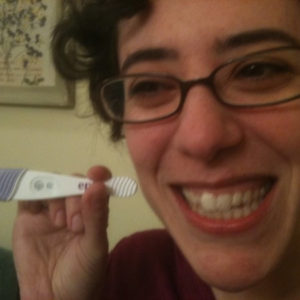 I was thirty-five years old.

My boyfriend, Tom, and I had been dating a few months and always had a great time together, cooking, walking and laughing. We tried a different Brooklyn pizzeria every week, and made the best grilled cheese sandwiches and sweet potato fries together. But during our camping trip with his friends, something felt off. I had an uneasy feeling in the pit of my stomach.

The day after we returned, Tom asked to talk to me. “I don’t know how to tell you this.” “What?” Uh-oh. The uneasy feeling in my stomach deepened to dread and then panic. “I think you are great. But I need to end this.”

“I can’t really explain it. There’s nothing wrong with you. Everything is great with you. But I just can’t do this.” “I don’t understand, ” I answered angrily. “I don’t really understand it either. But I know I’ve never wanted to be friends with an ex before but I really want to stay friends with you.” “Gee, thanks,” I said bitterly. “I already have a lot of friends.”

I was furious. Why would a person break up with another person if she was so great? Clearly he was lying. Asshole.

The morning after our breakup, I woke up and suddenly knew, with great clarity, that I was done putting my life on hold. For anyone. Or the lack of someone. I would make my own dreams come true. I didn’t need anyone else anymore.

I felt oddly liberated. And a lot less angry. Dating in NYC at 35 had been a disaster. It was like I had a flashing neon sign above my head saying, “warning: biological clock is ticking.” Men my age were dating much younger women. There was a much smaller pool of educated men than women. It felt like an impossible game. I was done playing games. I was taking my life into my control.

A few months later, Tom agreed to my request to have a follow-up conversation. He explained that I had done nothing wrong, but he could just sense that I had been looking towards the future and that we wanted different things. I felt a strange relief and gratitude.

That day after the break up, I thought was going to buy an apartment for myself in New York City. I could choose what I wanted, without regard to anyone else’s preferences. I looked at a few places, but after three weeks, I knew what I really wanted was not to buy an apartment. It was to have a family. On my own.

Tom had set me free to pursue my wildest dream. But in truth, it wasn’t really a new dream.

At age twenty-five, I had stumbled upon Jane Mattes’ seminal book, Single Mothers by Choice, in a bookstore and bought it. I devoured the book and then put the idea on the back burner, because I entered a five-year relationship shortly thereafter. When that relationship ended, I spent several years actively dating, hoping to find a lifelong partner, but each time a relationship ended, my brain immediately reverted back to Plan B: to have a baby on my own.

So this break-up with Tom wasn’t so different. It’s just that this time, there was no reverting back to Plan A. I was done with dating, and ready to make my dream a reality.

Part 2 of this Blog post will appear next week.