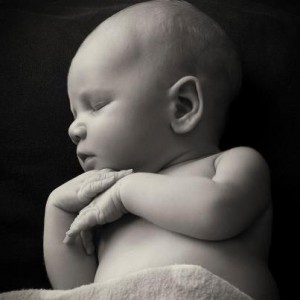 The day after my donor conceived son was born, Abby, my birth partner, who I called my birth maid, told me, she had had a conversation about marriage with my dad in the car on the way back to the houseboat from the hospital. She had asked him why parents are so obsessed with their children getting married. My dad had said that he suspected that it was really about passing along genes and ensuring that the family continued. Did he care whether I got married now that I had given him a grandchild? she asked.

“Absolutely not,” he said.

My mom stayed with us for the first month after I brought Alexander home, which was a complete blur. The main thing I remember is we got adopted by a seagull that would show up on my dock and literally knock on the door with his beak around the same time as Alexander’s morning feeding. We named him Prescott. With Alexander as the anchor and constant visitors, the concept of home took on a new meaning, one that was whole, full, and calm.

Recently, during one of Alexander’s naps, I read Anne Lamott’s Operating Instructions, in which she wrote about how nice it was that having a child forced her to take a break from men. I could relate. After so many years of lost men and relationships, this commitment to a small being who needed me no matter what felt like a reprieve. Not that I’ve given up on love with a good man: When I close my eyes and imagine my future with Alexander, I still picture a house, maybe a houseboat, and a man who is my love and partner. I’ve hoped that this partner would also decide to adopt Alexander. I’ve even wished that I’ll be able to use my frozen eggs to have another child with this man.

But perhaps this is just a fantasy of my romantic ideal. There are so many kinds of families now. When anthropologist George Murdoch first coined the term “nuclear family” in 1949, he said (according to the New York Times, in 2001) that it was “the type of family recognized to the exclusion of all others.” But the new reality is that nuclear families are the minority. According to the most recent American census, the nuclear family, defined as a married man and woman living with biological children, now makes up less than 25 percent of the nation’s families. There are more people living alone than there are nuclear families. My friend and birth partner Abby Ellin wrote about people using matchmaking websites like Modafamily.com and Myalternativefamily.com. In her piece for the New York Times, she described them as “a new breed of online daters, looking not for love but rather a partner with whom to build a decidedly non-nuclear family.”

Robin Beers, who is raising her son with a gay couple the child calls Papa and Dada, coined the phrase “open source family” to define these new configurations. When we met recently, she said, “Open source companies are focused on sharing information and are more collaborative. I decided to apply the idea to families and baby-making.” Beers also formed a Facebook group for people who had used the same sperm donor and their families and was planning a family reunion for all. This sort of sharing is becoming increasingly common. Many half siblings, donor offspring, and donors meet through the online Donor Sibling Registry, a hub of modern family bonding. Parents who conceived with donors and donors’ offspring are seeking out their “bio dads.” Some exchange photos and medical information; others meet in person, have picnics, and organize huge family vacations in which half siblings can meet and form relationships. A friend I made through Single Mothers by Choice (SMC) told me that when she got together with her shared-donor families, they all bought T-shirts that read, “Who’s your Daddy?”

I know that Alexander has at least five half siblings, and one day when he is older, I plan to give him the tools to find them if he wants to. But for now, Alexander’s family comprises me, two grandparents, and my brother, who moved to San Francisco the same month that Alexander was born and who visits with him weekly. Since he was three months old, he has also had an au pair who takes care of him for the 40-plus hours a week that I’m at work—and trying to maintain a social life outside of motherhood. First there was Maryann, who lived in a room down the dock that I rented for her until she decided she wanted to live with a more traditional family and that houseboat life was not for her. Her quitting made me feel the way I once did when a guy dumped me.

Then I hired Lucie, a twenty-three-year-old hipster from France who wore thick black glasses and always talked about being “cool.” She loved Alexander as if he was her own. Within a week of living with us, she offered to make me duck à l’orange for dinner one night, which prompted my friend Shannon to say, “Dude, you have like the best wife ever.”

It was no joke. In a way, my life had become a post-modern version of Father Knows Best, in which I played both mother with the baby pulling at my apron strings and father in a gray flannel suit and power heels. I worked all week as a writer and editor to win the bread while Lucie, my au pair wife, took care of Alexander, did the grocery shopping and sometimes cooked us meals.  There were even those stressful days when I wished she would make me a martini when I got home.

The above is an excerpt from DIY MOM: A SOLO PARENTING ADVENTURE (http://www.shebooks.net/book/ebook/diy-mom/9781940838687#.U_9gbWSwK0V) by Rachel Lehmann-Haupt     Photo by Mary Small