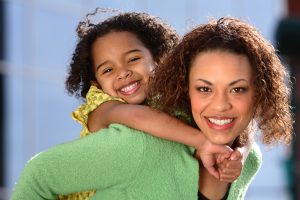 If you’re a parent, chances are you’re very familiar with the word “no.” You probably hear it from your kid(s) on a regular basis, and you likely hear it coming out of your own mouth quite frequently as well. Unfortunately, in modern parenting, “no” is hard to avoid. There are little no’s — like when I ask my 8-year-old what he wants for dinner and he says “can I have a cookie?” — and then there are big no’s, like when your toddler reaches for a sharp knife or a hot stove; and most of us have times when it’s hard to tell the difference.”No” is a word that, like many other words, loses potency with too much repetition. Anyone with kids can tell you that after a while they almost seem to stop hearing “no” unless it’s said with special emphasis or in special ways.

I’ve found that at most daycare centers, at least in this area, they’ve developed many ways to reframe “no” into a positive statement. Many childcare providers do this so often during the course of a day that it’s second nature to them. Instead of “no running” they say “use your walking feet, please.” Instead of “no hitting” they say “hands on your own body.” Instead of “don’t climb on that” it’s “feet on the floor.” When I first encountered this practice when my first child reached toddlerhood, I found it very edifying and inspirational. It helped me to think about all the “little no’s” that I say on a daily basis that could be reframed or, in some cases, even eradicated.

Sometimes the “no” becomes such habit that we say it when we don’t really need to. I remember seeing my daughter take a piece of paper out of the recycle bag and start to tear it up. I felt “no” pressing against my tongue but I pushed it back. Why bother? Ripping paper is fun and, after all, it can still be recycled either way. On another occasion I actually gave my son a piece of old newspaper to rip up when he was angry, suggesting that this might be a better way to get out his feelings rather than, e.g., hitting someone. He and his sister both got really into tearing up the paper and then rolling around on the floor in the pile of shredded paper. So it made a mess…so what? We cleaned it up afterward. No big deal. Similarly, once my daughter wanted to wear her “fancy” dress to the playground. I tried “no” but realized that I couldn’t answer the inevitable “why” that came after, so I shrugged and thought, ehh, what the hell? Where’s the harm? It’s not like our calendar is filling up with fancy-dress occasions. It was a “little no,” so I turned it into a yes. Another time, my son wanted to try mixing orange juice and milk. Why say “no” and then describe what would happen, when you could instead say “yes” and let him discover for himself?

So, in parenting, I try hard to listen for “no” and stop it before it comes out of my mouth. Stop it, examine it, decide whether it’s necessary, and, if possible, reframe it. This is hard and I’m not anywhere near as consistent or good at it as I’d like to be, but I work on it.

“No” can take many forms. It can come out as “maybe” or “I’ll think about it” or “We’ll see” or “In a minute.” When a child is climbing on something or engaging in another potentially dangerous activity, “no” can sometimes manifest as the equally unhelpful “Be careful.” (I try never to say “be careful” to my kids. What a waste of breath those three syllables are! Utterly meaningless to children. “Watch out for the pointy bit” or “Make sure you have a good grip on the ladder” are much more useful. Or, in many of these cases, a parent really just needs to bite her tongue.) My kids have caught on to most of my substitute phrases, though. When my daughter was a toddler, I got into the habit of saying “I’m sorry” in place of “no.” I remember one instance when she said angrily, “No say sorry!” No fool she; I had to find a different option. Recently my son has similarly noticed that “maybe” or “we’ll see” are also phrases I use to avoid “no.” He will say, “Okay mama, yes means maybe, maybe means no, and no means yes. Can I watch TV?” Yikes!

Last month I took a whole week of vacation time from work, something I rarely do. (Mostly I’m a Friday/Monday, 3- or 4-day weekend kind of girl.) The impetus for the vacation was finding out that none of the summer camps I had signed my kids up for were open that last week before school started; after I had been approved for the time off, I started to get excited about taking a week to do fun stuff with the kids. I decided to try to do as many as possible of the things in our area that the kids always want to do, but that we never get to do because I’m working (and that I don’t want to do on the weekends because they’ll be too crowded). I made a long list of amusement parks and such, as well as a list of indoor activities in case of bad weather.

Well, Hurricane Irene did away with the first weekend of our big vacation, but luckily the weather cleared up after that, so we were able to enjoy the rest of it. We went to several amusement parks, took boat rides, spent a night in a hotel in New Hampshire, explored parts of NH and Maine, went bowling, and even spent one full day watching TV.

I found it incredibly liberating to devote an entire week to the kids’ fun. It was delightful to see their little faces every time I said Yes. I probably said more Yes that week than I had in the previous six months at least. Can I go on that ride again? Yes, you can! Can I have ice cream? Yes! Can we stay a few more minutes? Yes! Can we watch another episode? Yes! They were amazed and thrilled. At one point, at an amusement park, my mom had taken my son onto a ride, and my daughter asked, “Can I have a candy apple?” I could see in her expression that she was prepared to whine and wheedle and plead after I said the expected no. But I said yes! Her little face just blossomed in delight. I bought her the candy apple (for a ridiculous $5). She ate about five bites of it and then handed it off to me, which was exactly what I had expected. I ate the rest of the candy apple and she forgot all about it — except that the experience of that “Yes” will, I hope, stay with her for a while.

Let’s be clear: in normal everyday parenting, we cannot say that much Yes. We just can’t. We have to think about things like nutrition and time and money and attitude and not wanting our kids to be spoiled obnoxious little brats. In the weeks after our vacation, when school started up and I had to resume saying No No No, my kids had (are having) a hard time readjusting. The end of a vacation is always hard, and our “vacation from No” had to come to an end eventually. But it was great while it lasted, and it was invigorating and eye-opening for me. Believe me, my kids hear plenty of No in an average day, but Yes also has its power and its place.