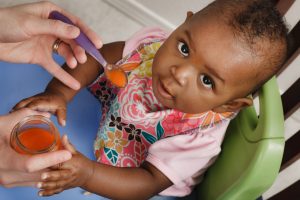 I’m PMSing, which always makes me hyper-emotional, especially in response to music. Z. and I were listening to our favorite Pandora station through our Echo Dot (Raffi Children’s, for anyone interested), and this song came on that just made me cry–and it’s a children’s song!! It’s called “The Train Song” by Charlie Hope, and it wasn’t the words but the melody, which just hits the nostalgia/wistfulness part of my brain. The song has been stuck in my head all day.

After I put Z. to bed, I decided to take a shower, and I was randomly thinking about Thanksgiving and how exciting this next one will be; it’s the day before Zora’s first birthday. I then started thinking about last Thanksgiving, which was the day after Zora was born, and how I got the call from the agency, Thanksgiving morning, that her mother had delivered late the night before and how soon could I get to the hospital (four hours away )? And I just started bawling in the shower–I mean full on, crying like I haven’t in a long time. I still am, even as I write this! I didn’t, and don’t, feel sad at all, but they are 100% sad tears. At first, I thought it was just the wonky PMS talking, and while that maybe amplified it, I don’t think that’s what it was.

In the strict timeline of my journey to motherhood, last Thanksgiving was a joyous day–it was the day I met my daughter, who was less than 24 hours old. And with the knowledge of hindsight, I now know it was the day I met my most favorite person in the whole wide world and my life changed wonderfully forever. But… when I was living it, the joy of that moment was so tentative that I had to put myself on autopilot; I’d already met one baby a year before who didn’t end up going home with me, had a second failed match less than two months prior, and was 4.5 years into a journey toward motherhood that had been nothing but heartache, disappointment, and pain.

That very morning prior to the call, I was in a fit of anxiety and sadness because I was just so sure that the expectant mom I’d matched with had already had the baby (she did) and taken her home (she didn’t). Any bit of happiness I felt that day and in the handful of days following, while I cared for Z. around the clock, until her birth mother officially signed (birth father already had) and my daughter was mine, was completely tempered and overshadowed by that fear — by those years of pain. Every other hopeful circumstance before that moment ended with my heart breaking, so I had little reason to believe that this would be any different. I had to constantly remind my mother, who had come with me, of this necessary precaution.

The rest, of course, is history, and I take absolute and unfettered joy in my daughter every day–I even felt that joy as I was weeping uncontrollably. She was worth every single one of those moments of pain, depression, and sadness to get to her; I know I couldn’t love her any more if she’d grown inside me. But as any mother knows who has experienced a loss — through miscarriage or stillbirth, through failed adoptions, through attempt after attempt of unsuccessful IUI or IVF –even if the story has a happy ending, it doesn’t erase all of the suffering that preceded it.

Here, I think, is what it boils down to: I don’t regret at all that I was unable to conceive or carry a child, or that those other two matches failed, because then I wouldn’t have Z. who is perfection. But I sometimes have moments like this one where I grieve so hard for that person I was before Z. came into my life–for the suffering she (I) endured, for the pain and hopelessness she always felt, for every struggle she survived through. I grieve for what she endured, even while I’m so happy for her that she finally got what she worked so hard for.

I think sometimes the world expects us to just forget the past pain when things work out in the end, so it gets harder to talk about even when it still affects us. But I do think it’s important to honor that grief, because it’s part of who we are and part of our children’s stories, no matter how they came to us.

This is the Quarry

3 thoughts on “Honoring Grief in the Midst of Joy”