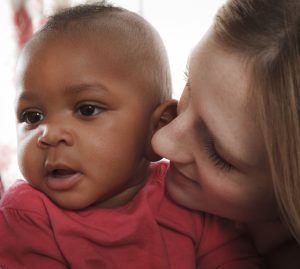 You realize that you are so much of a cliché that if this were a sitcom pilot you’d find it trite. You even have a cat.

So you turn to your boyfriend and say, “We need to talk.”

I didn’t want to miss out on motherhood because of that fear. And maybe you don’t want to, either. So here are the reasons you should go ahead and get cracking on being a mother even though you might not have a partner.

It seems simple: you really want to have a baby. But for me, this turned out to be the single hardest step of the whole journey — just deciding that this was something I wanted badly enough that it didn’t matter how completely terrified I was.

I know. You are already having that argument in your head with me, telling me how I don’t understand how you can’t. You don’t have enough money, or the right job, or the right situation.

But here’s the thing. You do. Whatever you have is enough. If it turns out you need something more, you can figure that out. That’s because you are tougher than you think you are.

Right in the middle of doing fertility treatments, I got laid off from my cushy staff job with its amazing healthcare. I knew I wanted a baby, so I hustled. I took whatever freelance work came my way, including a couple gigs that kind of sucked. But it didn’t matter, because it was all in service of my end goal of becoming a parent. And in the end, those few toxic jobs turned out to be the best way to develop the patience required to be a parent. Trust me, no boss is more of a tyrant than a toddler who wants a cookie.

3. BECAUSE YOUR FRIENDS AND FAMILY WANT YOU TO BE HAPPY

When I was going through the agonizing two-year period trying to decide whether to have a baby on my own, I figured everyone I knew would think it was crazy. So I kept it a secret.

Right before I started fertility treatments, I met my sister-in-law for brunch. “How are you?” she asked. And I just blurted out: “Tomorrow I’m going for my first insemination. I know it’s crazy.” Her giant blue eyes grew wide. Okay, I thought, here it comes. She’s going to tell me what a dumbshit I am.

Then her eyes filled with tears. “I am going to have to hug you,” she said, grabbing me.

Turns out, everyone thought it was a great idea.

There was one exception: my father. We had an awful dinner where he tried to talk me out of becoming a single parent. I went home and sobbed. I didn’t know how I could move forward without my family’s support.

Then it took nearly five years for me to become a mom, and during that time my father got used to the idea. When I adopted my daughter, and we had a party to celebrate, my father’s tearful speech about how brave I was, and how much he utterly loved his new granddaughter, was the nicest thing I’d ever heard.

Turns out he was just really scared for me. I wish now I’d understood that and given him, and everyone in my life, way more credit.

4. BECAUSE YOU AREN’T GETTING ANY YOUNGER

Listen, there’s been SO much written about this that I can’t believe I have to say it again but I know I do. I sure didn’t listen to the cold hard facts of women’s fertility and age.

Here it is, ladies: it is much harder to get pregnant after the age of 35. According to the American College of Obstetricians and Gynecologists,women’s fertility begins to decline in our early thirties, continues to get harder and harder from our mid-thirties to our early 40s, and is nearly impossible at age 45 and up.

You are very likely not the exception. I know it sucks to face our mortality, but please, for the love of all that is holy, hear this.

I tried everything to get pregnant: IUI, IVF, energy healers, acupuncture. Look at Janet Jackson! I thought. Plus, I look so much younger than my age that a friend once asked if I was a vampire! I’ll get knocked up as soon as some sperm sees my ovum!

Thing is, none of that matters. Your eggs get old even if you look like Arianna Grande.

Freeze your eggs at the very least. It’s the best financial decision you could make. I spent nearly $100,000 and three years trying to get pregnant with no luck starting at age 43. (A lot of that money was spent on donor egg cycles, which according to the Society for Assistive Reproductive Technology, has a pretty high success rate of 36–40% per cycle, depending on whether you use frozen or fresh eggs. I did about ten rounds but had no luck.)

You you could be way smarter than me — you could spend $8,000 retrieving a bunch of eggs from your body when you are 26 and putting them in a freezer until you are ready.

Do it for your own peace of mind — and mine. I am a Jewish mother now, so I worry. Are you cold? You look cold. At least eat a little something.

5. IT’S NOT TRUE THAT “IF I BECOME A SINGLE MOTHER, I’LL NEVER GET A PARTNER.”

During this journey, I dated plenty of men, and they were all just fine with me trying to have a kid. I’m pretty sure that even my first fertility doctor, who was really cute, was flirting with me. I wrote that whole rom-com in my head while I was in the stirrups. (Unfortunately, he was always late, which is a real boner killer for me.)

I was even dating a man when I got the call that I had been matched for the adoption. I think we had the most original tenth date ever when I opened the door, holding my infant daughter like, “Hey, check out what I picked up over the weekend!”

Because you are. It’s in there. And I am excited for you to find it. Because once you do, it’s amazing. We as women rarely give ourselves permission to color outside the lines, break the rules and reap the huge rewards that come with great risk.

Now I’m wondering what else I can do with my life that I thought was beyond my reach.

7. BECAUSE IT’S THE BEST DECISION YOU’LL EVER MAKE

The process made me see that even though I am single, I am surrounded by love that I never appreciated enough. So much love. Let me publicly apologize to my friends and family that I doubted you and your support.

And, most importantly, every time I hear my daughter’s cute little laugh or look at her lovely, booger-smeared face, I can’t believe I ever sweated the decision for a single second. It has been hard, I will not lie. But it turns out that love is really all you need. And cookies.