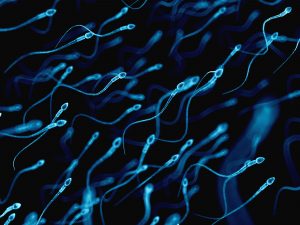 You never fully understand what goes into choosing a donor until you do it yourself! I had this glamorous idea in my mind that I would have a donor party. Assemble the people closest to me, have some wine, enjoy each others company, and look through donor profiles together. After I grieved the donor party idea, I realized I had to get to work to make decisions that would best fit my needs to conceive with. Funny thing is, I started the donor search out with this long list of criteria, almost like what I would expect to find in a partner. Some of it unrealistic honestly and unfortunately found that yielded no results. So I evaluated what was most important to me….

I started with tall, dark, and handsome! Initially I knew I wanted an African American donor who was tall (so I could give my child a fighting chance since I am short). I also gauged their personality from the essays and looked at careers/education level. I was so disappointed by the lack of African American donors available at sperm banks and of course the thoughts of why that is definitely ran through my mind. It ultimately let me to the decision to expand my search to include other persons of color.

Let me be honest doing this process can be a very exciting but also very overwhelming and frustrating at the same time. During my process, I had some input from others, but ultimately realized the decision was mine to make. I was so excited when I chose my #1 donor but soon became disappointed again when I confirmed that he only had 3 vials total available and would not be donating more. I was crushed and had to grieve yet another thing in this process. I was able to go back through and pick 2 donors that I would choose from.

I was equally happy with both donors as back up choices but then came the genetic testing results. Because I am a carrier for 2 diseases, I had to make sure that any donor I chose was also not a carrier for the same thing. Ultimately,  I had to rule out one of them. So now I found myself grieving yet again that the option to choose was taken from me but at the same time felt confident in the choice I was making. I’m a firm believer that everything happens for a reason.

I thought for sure, after choosing, my next step would be purchasing this very expensive sperm. (side note: I am still trying to figure out why it is so expensive for 2 vials.) But I got stopped and had to do a genetic review of the donor and wait for my doctor to sign off on it, which seems like a lifetime when all you want to do is secure your sperm. After a few days in the doctors hand and delays from a trip- I can report that I have OFFICIALLY chosen a donor and purchased the vials today! This process taught me that choosing the single mom route causes you to appreciate the input and support of important persons as well as the medical team in my life.