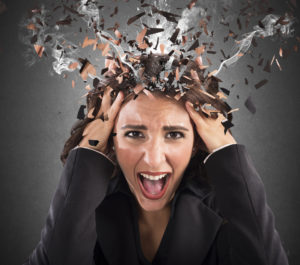 Ugh, so, this is just unbearable. This waiting is terrible. How do any of us go through it?

I’ve been officially a waiting-to-adopt family for nine (or is it ten?) months. And before that, I did two-and-a-half years of infertility treatments. I woke up the other day and just thought to myself, “I just want to be a mom. So badly.”

I started this journey nearly four years ago. And I am still single and childless. I know, it sounds like I am being a total downer., I AM a total downer right now. Sorry, guys, really. But I just feel like it is NEVER going to happen for me.  My friend was waiting to adopt a dog and she is going to get it this weekend… so even that is happening. When is it going to be my day? I know I’m whining. Again, I am so sorry.

There are other single women on my agency’s site and they’ve been waiting even longer… so who in the world is ever going to pick me?

I know, I can just hang in there and wait wait wait and even if it takes two more years at least it will happen….  At my agency if you are the longest-waiting family then you are matched with a child when a birthparent doesn’t want to choose. But I don’t want it to take another year. I’m ready now.

F— it. I’m going to buy all the stuff. I’ve been holding off on — a crib and a lot of the other stuff, but maybe that’s what the universe is waiting for me to do.  I have the time right now so I’m going to make that happen. The other night, the phone rang from a number I thought was my agency’s and I panicked, thinking it was an emergency placement. I had had a few glasses of wine and didn’t think I could handle it. It wasn’t them, though. Thing is, I realized that if it did happen like that, in five minutes, I am not as ready as I thought. Is one ever? So what do I need to do to get ready?

Then today, another call from a Virginia number. I thought maybe that was The Call. It wasn’t. But again, that feeling of “oh my god.”

So I’m so, so ready on the one hand, and terrified on the other. But mostly, I want it to happen so I have the chance to panic and be scared and wonder and then get it together and make it all happen, just like parents do.

I’m getting a new profile put together, one that I think really will stand out. I figure every little bit helps. In the end I know it is all luck.

Sorry for the complaining. It helped to put it all on here, really. I was sitting here thinking my head was going to explode and it was good to get it all on the blog. Not just to write it on my computer, but to send it out into the ether. I don’t even know if another soul will read this, but at least I’ll have calmed down.

Maybe I’ll just have a quick glass of wine though.