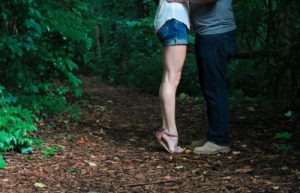 Women considering the path of single motherhood by choice often experience many fears. One fear is that they will never date again if they start a family without a partner. This fear is most commonly experienced by women who are romantically interested in men.

After all, societal narratives often steer men away from dating single mothers. What man would want to raise another man’s kid? If you listen to all the male “romance gurus” on YouTube who dish out advice (while seemingly never having had a meaningful relationship of their own), you could be forgiven for thinking that only an undesirable “simp” would date a single mom. A man so worthless — with so little self-esteem — that he would stoop to the level of considering his partner’s feelings and sacrificing a certain level of freedom, wild sex, and partying to be in a committed relationship. A man so pathetic he would step up and be a positive role model to a young child who didn’t share his flesh and blood. The horror. The pejorative term “simp” seems to be all too often applied to that rare and elusive species also known as a decent guy, but I digress.

It’s simply not true that SMCs are undateable

As a group, single men who have never had children of their own may be particularly hesitant about dating single mothers, but men who already have kids make up a large percentage of the dating scene. With the prevalence of divorces in our society, many men enter the dating pool anew after their first marriage dissolves.

These divorced men often want to date a woman with children of her own because they share the common experience of being a parent. They know what it is like to take care of a tiny, needy little human. A single mom will understand when her man needs to spend time with his children. She will not be threatened by the fact he has familial responsibilities. Single women without children may not be as understanding and patient about their boyfriends needing to take time away to spend with their children. Therefore, divorced men with kids sometimes actually prefer dating women who already have children of their own.

Another plus for single moms is that they are less likely to be experiencing the so-called “baby rabies” that can put a lot of pressure on a relationship. Women in their late thirties who feel that their time is running out to have children often have one thing on their mind — babies. That biological need to procreate can sometimes border on desperation. This intense desire for children can scare away men who want to take things a little slower on the relationship front. If a woman has already met her biological imperative by having a child on her own, then she can relax and take her time to get to know someone without the pressure of a “must date, get married, and pop out a baby all in two years or less!” timeline.

Several of my fellow SMCs have gone on to find their life partners after first having one or more children on their own. These partnerships are often the strongest and most enduring, because they were made based on true compatibility without the angst and stress of needing to find someone to have a baby with before it was too late in the mix. On the other hand, I know several women who ignored red flags and rushed into relationships that were not healthy for them because they wanted to have a child so badly.

Seeking a partner from a place of calmness and contentment leads to finding a healthy partnership that will add joy to your life, not make it messier.

A phenomenon that many single women by choice experience after having children is that the desire to date can evaporate entirely. Why does this happen? If what a woman really wanted was a child and a man was just the “means to that end”, then, once she has a child she no longer needs a man. This disinterest in dating might only last a few years, or it might last forever. There is nothing wrong with being happily single for life.

Photo by Katie Salerno from Pexels