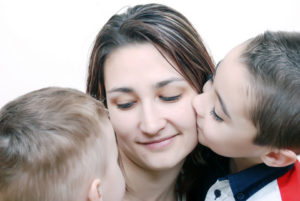 For over a decade, I mourned the loss of what came so easily to most women: a family. Once I gave myself permission to research the possibilities of single motherhood, things happened very quickly. Within a month I had read everything I could find on the topic. I began contacting adoption agencies. The official responses were consistently negative. A social worker at a domestic agency said to me, “No birth mother will ever choose you.” She referred me to an international agency. That agency agreed to take me on but later contacted me to say that their published fees would double since I was single.

I began to worry that if I spent all my time and savings on an unsuccessful adoption attempt, I wouldn’t be able to pursue other options. I quickly changed gears and contacted several fertility centers. I wanted to find a clinic that not only accepted single women as patients, but welcomed them. I found a wonderful doctor with a warm and caring staff. The positive reception and communication was a wonderful change from the pessimistic adoption agencies. These people believed I could and would be a mom.