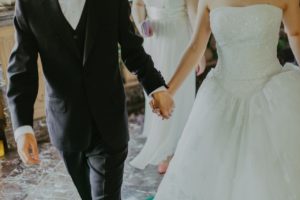 Having a partner is no longer a pre-requisite for motherhood. Single women have many options to start families on their own, ranging from anonymous sperm donors to adoption. With the growing accessibility of such options, many women find that the hardest part of taking the leap is an emotional step — to stop holding out for “Mr. or Ms. Right” to come around the corner.

Grieving the dream of partnered bliss is an important process. It might take longer than expected. Many women find that this grieving process is not entirely complete before they decide to pursue single motherhood. Others eventually decide not to pursue single motherhood after all. The important thing is that they processed their feelings and came to terms with their priorities in life. They realized which trade offs they were, or were not, willing to make.

She might also decide that she will not be satisfied in life if she remains childless forever, but that she is not quite ready to give up on true love.

How long to wait?

There is no time limit on true love, but there is a time limit on fertility. If a woman hopes to build her family via pregnancy, how long she can afford to wait depends largely — but not entirely — on her age. If she is 22, then statistically she has plenty of time to wait — even up to 15 years or so. If she is 42 she has practically no time to wait, not even 15 months. Maybe not even 15 weeks.

That said, age is not a guarantee of success — or failure. There are the lucky “unicorns” who get pregnant easily at 42, and the unlucky younger women who find out that their fertility is not as good as they had hoped. The second group of women who find it more difficult to conceive is sadly much more common than the group who finds it surprisingly easy.

Disorders like thyroid disorders and PCOS that impact fertility are increasing in our modern society. Healthy lifestyles are on the decline and the toxic load of daily expo- sure to highly processed “food-like substances”, environmental pollutants, and chemicals such as plastics are going up.

Get a personalized estimate based on science

No matter her age, getting an initial fertility workup from a reproductive endocrinologist (RE) will provide a woman with her own, customized “how long can I afford to wait” guideline. Based on some simple blood tests and ultrasounds, an RE can give a woman her personalized statistical chances of conceiving and carrying a pregnancy to term right now. They can then extrapolate with some degree of ballpark confidence how much her chances might decrease if she waits a year, two years, or five years.

Hearing from a doctor that the numbers are good and that waiting a few years is unlikely to be a problem is great news! But, hearing that waiting even six months will decrease the odds of success significantly, is not. Still, if that is the case it is critical information to have.

Too many women believe that they will be able to easily conceive even at 40 years of age or older. They also think that if they do have any trouble conceiving in the future that IVF will solve it. IVF is not a guarantee.

A woman’s fertility reaches a peak between the young ages of her late teens/early twenties and starts to decline once she hits 30. The downward slide picks up velocity around age 35, with significant dips by age 37 or 38, and even larger dips by age 40 and beyond.

Why does this decline happen? The percentage of chromosomally normal eggs a woman produces decreases as she ages. When a woman is 35, on average 50% of her eggs might be chromosomally normal. By age forty, that number drops to 10–15%. Put another way, a woman aged 40 trying to conceive might only have one or two “good 7 eggs” in an entire year.

A 44 year old woman is very unlikely to get pregnant naturally in the first place, as by then on average her chances of conception are approaching zero due to egg quality. Unfortunately, the chances of miscarriage for women who conceive naturally between ages 40 and 44 is nearly 50% (up from a 25% chance for women aged 35–39). For women over 45 the percent who miscarry a natural pregnancy is 95%.

Many women get false reassurance by asking an OB GYN or family care practitioner what they think about their fertility. Medical providers other than reproductive endocrinologists will often give subpar fertility advice, through no fault of their own. They are not specialists in getting patients pregnant. While they may have some level of understanding, they cannot give the same insight as a reproductive endocrinologist.

An RE’s job is to get people pregnant day in and day out. It is well worth the effort to see an RE.

Photo by Jeremy Wong from Pexels