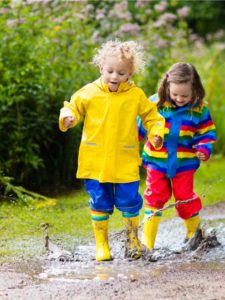 I took Pink and Purple to see Ramona and Beezus at our local discount theater over the weekend. I didn’t expect to spend most of the movie in tears.

In the interest of full disclosure, I tend to cry at most kids’ movies. I don’t know why. I’m a notorious non-weeper in my personal life. Oh, I feel pain and sorrow, no doubt about it. It’s just that I internalize the negative emotions until they settle in the pit of my stomach like a pile of rusty razor blades, or clench them in my jaws like tetanus. But there’s something about movies that makes it ok for me to release all of that. I don’t know whether that’s particularly true of kids’ movies, or if it’s just that kids’ movies are all I seem to see anymore.

Ramona and Beezus was a little bit different, though. Setting aside the fact that [SPOILER] Ramona finds the cat dead of old age in his basket [SPOILER], which was rough for all of us, I found that the movie brought up a host of complicated feelings for me.

John Corbett plays the dad. I’ve always had a yen for John Corbett, ever since his Northern Exposure “Chris in the Morning” days. I find him physically attractive, and I associate Chris the character’s philosophical nature with John the actor (regardless of the actor’s personal shortcomings), and that makes the whole package pretty appealing.

So right away I have a higher-than-normal level of investment in this character. Then he loses his job, and the family feels the stress of his loss of income, so I also relate to his need to keep that stress from the kids as much as possible. I worry that my daughters will, like 9-year-old Ramona, feel compelled to do something to “save the house,” that they will shoulder a burden that is not theirs.

And Ramona’s dad, as played by Corbett, is warm and funny, creative and demonstrative. If I could go to the dad store and pick one out, that would be my preferred model. It wasn’t lost on my kids, either; early in the movie, Purple leaned over and whispered, “I wish I had a dad.”

I’m a grown-up. I know better than to believe the rom-com tropes. I used to dream of finding a “Chris in the Morning” of my own; I used to be a hopeless romantic who suffered because I hadn’t found that perfect cinematic love, and it took me longer than it probably should have to figure out that movies are escapism, that reality is much more complex and less pretty, that while reality does have its moments of breathtaking beauty and bliss, those moments are to be found sandwiched between a whole lot of mundane minutiae, daily grind, worry, and heartache. (It’s taken me even longer to realize that heartache is the real meat of a life fully lived.) Real families don’t have screenwriters and editors and lush scores. But my daughters are 7. They haven’t figured all that out yet, and they probably won’t for quite a while. And that’s why I cried. I cried because they believed that what they were watching was more than just a Hollywood confection; they believed it was something very real, something they were missing.

Though it hasn’t come up very often, I’ve always been very open to discussion of the Daddy Issue. My daughters know, in an age-appropriate way, the mechanics of their conception by anonymous sperm donor. I’ve gone out of my way to acknowledge their feelings, to not be defensive or over-sensitive, to make sure they feel safe to bring up the subject without fear of upsetting me. I agree that, yes, sometimes it would be nice for me, too, if we had a dad in our family. I probe—gently—to find out what “having a dad” means to them. When they were younger, “having a dad” meant he would pick them up from preschool sometimes, like Z.’s dad did, and hug them.

This weekend, discussing it on the drive home, I learned that “having a dad” also means having a fun guy to hang around with. I agreed that Ramona’s dad was pretty cool, and that, yeah, he’d be nice to have around. (Boy, howdy.) I asked if this was something they thought about a lot, the not having a dad, and they both replied that, no, most of the time they didn’t think about it at all. I explained that, if they had a dad, he would probably be at work a lot of the time, and he would get impatient sometimes, or be busy doing grown-up stuff when they wanted his attention, just like I often was. And I think they’re starting to understand that, on some level. But it doesn’t stop them from believing the fantasy exists out there somewhere.