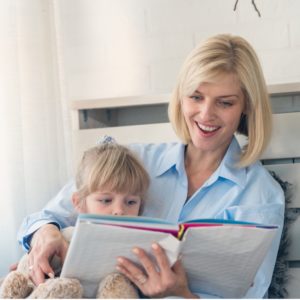 Looking back, I’ve never really minded the times in my life when I was alone. While I spent a lot of time in long term relationships, unlike many of my close friends, I also liked the times I was single. I enjoyed having space and freedom to come and go as I pleased, never feeling obligated to check in with someone or navigate the give and take of shared decision making.  I suppose that was one of the reasons that led me to becoming a single mother by choice.

The parenting logistics were hard but they weren’t the hardest part. Suddenly, I felt lonely. This loneliness was dark and empty and made me want to withdraw further. For the first time since becoming a mom, I longed to have a partner. My person to share my fears with. To lean on. To tell me we’d find our way. I was scared and I wasn’t just alone, I felt really lonely.

I went months without touching another adult, even hugging family or friends. While I had my daughter to snuggle, and those cuddles are incredible, it wasn’t the same. The lack of physical contact with an adult, someone who understood what was happening, having someone to confide in, to hold me, had a greater impact than I realized at the time. The hardest part was to hold every decision when things were constantly changing, and to face every unknown and fear alone. I knew that was part of the deal when I decided to try and get pregnant. What I could not have possibly anticipated was the degree to which I would have to do that over and over again.

I remember having a conversation with a friend and saying that while I knew what I had signed up for, this was not it. It was just too much. I wanted a babysitter so I could tap out for a few minutes. I wanted someone else to do bedtime, even just once. I wanted someone else to weigh in on what we should or shouldn’t do. What was “safe,” what wasn’t, what was worth sacrificing some degree of safety.

And I wanted someone to alleviate my greatest fear: that one of us would get really sick or worse. I recall sitting on my bed staring at the full moon and sobbing out of fear and exhaustion. I had read an article about a mother my age dying from Covid, and I felt as though I was going to break.

As I stared at my bloodshot eyes in the mirror later that night, I knew that I had to start taking better care of myself. That’s one of the hallmarks of being a single mom by choice; at certain points, you have to pull yourself up by your bootstraps and just do it.

As I started to confide in friends, I learned that some of them secretly wished they were alone. They were (and still are) picking up most of the work related to childcare and school while also working. They were scared and exhausted, too, but also hurt and resentful. They longed to put their kids to bed and not have to engage with anyone else. They wanted what I had, to do whatever they felt like doing, alone.