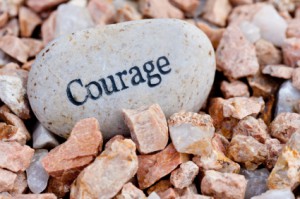 Infertility is defined as “not being able to get pregnant after one year of unprotected sex”. But what about the women who are single and ready to be an SMC? We don’t take the conventional path to become pregnant, so we must rely on fertility treatments.

Deciding that you want to pursue single motherhood is only the beginning of a long journey towards getting pregnant. Since many of these women are in their mid-30’s to early 40’s, they are finding out that getting pregnant later in life is not that easy.

It’s been 6 months since I decided to become a single mom by choice, and I haven’t even attempted to get pregnant yet. That’s not because I haven’t wanted to, but because of all of the hoops I’ve had to jump through as a single woman. We don’t have the romantic trying to conceive nights with cuddles and a warm body to fall asleep next to. Instead, we start our path to motherhood by being poked and prodded with needles and Wanda (a clever nickname of the ultrasound wand) more times than I can count. On top of this, insurance often does not consider a single woman infertile because she has not actively tried to become pregnant with a man. So many of us are paying for treatments out of pocket.

I live in a state with great fertility benefits. My insurance would cover 3 rounds of IVF, if I had a partner. But since I am single, I would first have to pay out of pocket for 6 IUI’s. At $2,500 per IUI, PLUS the cost of sperm, which averages around $1,000 a vial, it made sense for me to just go right to IVF where success rates are much higher.

Infertility is a struggle not just for conventional couples, but thousands of single women and LGBQT’s. There is pain and waiting no matter what your path is. But in the end, whether you are straight, gay, married, single, or purple, we are all working towards the same goal, and that’s to hold a precious baby in our arms, knowing that every needle and every tear, led us to that moment.

Nicole from Once Upon a Bebe