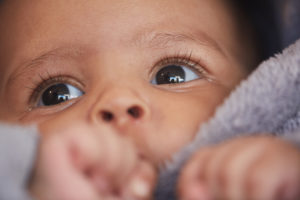 Every time someone calls me “Mom” I look behind me, like, “are you speaking to me?”

I mean, I diaper, feed and cuddle my girl all day long, but I still can’t wrap my head around being a mom officially. I saw a documentary called “First Comes Love” about a single woman having a kid, and I remember she had been told that the “mom part” of her would emerge slowly. I totally get that.

I’m keeping my daughter (even saying that is so weird!) off of social media for now, but she’s super, super cute. Like, I walk down the street with her and people stop me to tell me she is beautiful. I say thank you, even though I can’t take credit for her creation.

I feel like I should call her Ms. Tittsina on here for privacy’s sake.

Tonight I have a night sitter– she is super awesome– so I was planning to do some writing about the whole experience. Instead I  watched Rachel Maddow with the babysitter.

I will say this: the baby seems to be pretty chill. Like, I was expecting it to be SO much worse. Yes, she wakes up every two to three hours every night to be fed. But I find that if I just nap, and nap hard, during the day when she sleeps, I feel pretty good. Plus sometimes she will sleep for three and then four hours at night, so then I’m really golden. I think it helps that I am not recovering from giving birth and that I am not breastfeeding.

I generally spend my days just chilling with Ms. Tittsina, and I have not yet gotten tired of it. I like just looking at her. She even laughed yesterday, which was thrilling. I could tell she was laughing at, and not with, me, but I’m fairly used to that.

I didn’t realize that becoming a mother meant an entry into a kind of club. Like, other moms stop me on the street to say congratulations and tell me how pretty Ms. T is. And on the plane ride home, no fewer than three women stopped to chat with me, and to tell me to enjoy every second of her being a baby.  It really struck me that they were so sympathetic. I mean, here I am boarding a flight with a tiny infant, and instead of hating me for what would surely be three hours of screaming, they were full of support. Hurrah women power.