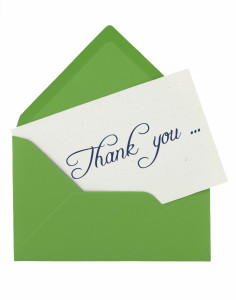 We’ve never met.  In fact, you have no idea of my specific existence, but I think about you a lot.  Sometimes on the subway I’ll see a youngish brown-haired man and wonder if we’re connected.  When an older gentleman or woman passes by, I think about your folks —what they’re like and if they have grandkids.  Other grandkids, that is.

See, I have a son, Isaiah, who’s two and a half, and you, my anonymous sperm donor, made him possible.  For that I thank you with all the gratitude I can summon now and forever.  That sounds like a corny love song lyric, I realize, but the sentiment is true.  I’m so deeply appreciative that something—a little extra cash? some desire to change the life of someone you’ve never met? an inexplicable nudge from the universe?—motivated you to head to a sperm bank some years ago.  With this kid, I feel like I’ve won a lottery.  He’s a curious, sometimes exasperating, big brown-eyed willful wonder. And you’re his bio-dad.

Yesterday morning he opened up a closet in the bathroom and got into the tampons.  Again.  He held one up and asked in elemental syntax, “What do?”

I gave a broad non-answer about it being something women need, not little children.

“What it does?” he persisted.  I ignored him, trying to pry the cardboard applicator out of his sweaty, little hand.  He resisted and we left the bathroom.  He peered through it like a telescope before dropping it en route to his bed for a little extra morning cuddle with Lamby, a favorite stuffed pig I misidentified months ago.  Then, he announced he was ready to eat his toast with cream cheese (a food preference he inherited from me), and ran barefoot to the table.  Our downstairs neighbor tolerates us, barely.

Sometimes he’ll look me in the eye, get serious, and ask, “Are you happy?”  I tell him “yes” (no lie when I’m with him).  Then he asks again, in a different tone as if trying to call me out in my angst, to catch me being dishonest with him, and with myself.  Listen, I know I’m projecting here.  He’s not intuitive.  He’s just practicing conversation.

Last week he wandered around the apartment murmuring, “Must gather coconuts.  Must gather coconuts,” a phrase he parroted from Jake and the Neverland Pirates, a beloved Peter Pan knock-off cartoon.  Last month he responded to my niece’s cautionary words about getting too close to unsteady shelves in the basement by asserting, “I like dangerous.”  He wants to be in charge, to hold precious objects—a bottle of bubbles, ice tongs, drinking glasses, you name it—and tells me proudly, “I hoag it.”

Every small child has mispronunciations their families consider unforgettable, delicious.  Children say the darndest things and all the treacle that goes with it, sure, but when it’s your own kid you somehow cannot tire of the syrup.

When I say I think about you lately it’s because I want to offer these quirks to you.  I find myself thinking, as he grows older and more into himself, what a loss that you have no idea this wonder of a child exists.  How much richer your life would be with Isaiah in it, trying to slide down the firefighters’ pole at the playground, scampering up the motorcycles parked on our street and adjusting their rearview mirrors, explaining bemusedly “there’s no witch,” when I ask which tiny picture he was asking about in the map of Have You Seen My Dragon?.  (Homonyms will get you every time.)

Please don’t misunderstand me. I worry that it sounds like pity is what drives me to reach out.  Not at all, though I marvel that this person, whose life you facilitated, is an unknown to you.  You probably have a vague notion that your offspring is out there.  But you’ve no idea of the specificness of him.  In sharing a bit of who Isaiah is, I’m really trying to tell you how much love and joy you’ve helped me create.  For me, this kid lights up the room, even in full daylight.

“Where’s my daddy?” he asked a few months ago.  I might have misheard, but I recall an emphasis on “my.”  After all, fathers are everywhere.  Many of his friends have one. They appear in books. His cousins have one.  Even his own mom.  I panicked for a hot second about how to answer before he got distracted and walked away.  He’s like that these days.

His question prompted me to ask some single mother pals of mine how they’ve dealt with that question.  One said she replies: “You don’t have a daddy, sweetheart. You have a mama and a nana, etc.”  Another told me, “My answer is: ‘You don’t have a daddy, you have a donor.’”  Then she says, “A donor gives you a very special gift. Like blood or, in this case, life!”