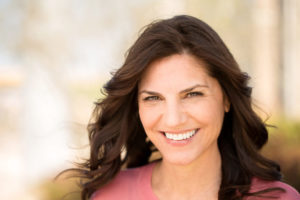 Recently I’ve made the first move into becoming an SMC. I paid a visit to my doctor-it was as simple as that.  Technically there were many unofficial first steps before that, such as the research, the saving, and of course,  joining the SMC organization.  But this, however, is the first concrete action that I could mark on the calendar as the first day, a tangible act that will propel me closer to my goal.

Such a small act to accomplish, yet it took me forever to muster the courage.  Reaching out to my doctor was the first time I had ever vocalized wanting to be a mother to another person. Everyone who knows me has known me by my no-child-having stance that has stood firm for the last 20 or so years. I haven’t really updated anyone on this yet; for now I like keeping the secret to myself, it makes this undertaking all the more special.

As I opened up to my doctor, I surprised even myself with how readily and candidly I spoke. Assertive, knowledgeable, fluent with a strange confidence I never expressed before. Never had I really conceptualized my body in its baby-making abilities, spoken about it, brought it out into the open. It was like I was speaking a foreign language. Nonetheless I felt empowered, energized as if I were ready to claim something that was my birthright, and finally seizing on it.

Several possibilities were floated at the initial meeting with my doctor, but none are guaranteed yet. There’s the possibility of trying in two years, which puts me at age 36 -a year past the benchmark year of 35 that was not only recommended by doctors but was my own personal cut off. When I disclosed that I was single, she suggested egg freezing – something I always thought of as a luxury and a needless hassle –but had slowly come around to.  Now that I’m 34, with little desire to partner up, it doesn’t seem so needless after all.

Whichever I choose, I’m prepared to act. A very critical period had come and passed me by without even realizing it.  Exactly one week after I turned 32 the COVID pandemic and it’s subsequent lockdown were enacted.  Besides the obvious inconvenience of having clinics closed, the anxiety that permeated everything gave me pause. Is this a world to bring children into?  At that point in my life having children was still a nascent longing.  Around this time my long-term relationship began to deteriorate, though I was silently grateful its death was being hastened by the stress of the pandemic. I felt guilty admitting to myself I wanted children, but not with my partner, which had hampered my decision-making even more.

One night last year, about a month after my ex moved out, I was laying in bed unable to sleep. Anxiety about my fertility hit me the strongest at this time. The first haphazard rounds of research happened during these nights, when I would feverishly Google any question related to my situation and which could offer a solution to my worry.  Landing on the first page I could find on the topic, it indicated that age 32-33 is the ideal age for preserving your eggs. When I read this, I cried.

I had finally accepted wanting to be a mother, so why was I not being rewarded with good news? I felt  like I had wasted a precious opportunity, and just missing it by a hair hurt even more.

But I wasn’t going to give up that easily. During that initial research was also where I found out about Single Mothers by Choice.  To me it was like a secret society, a network of like-minded women who have been through the same. Sometimes when you really want something, the universe clears the way to it when you’re ready. SMC validated my belief that motherhood could arrive in a non-traditional way, and there was no shame in that. So much of that pressure  on me –  time running out,  limited options, missed deadlines- began to lift. Finding SMC gave me the confidence and enthusiasm to move forward beyond merely thinking about motherhood to planning for it.

Acting now is better than not acting at all. Next month I’m set to meet with a fertility specialist, and proceed from there. I need the peace of mind of knowing I’m moving forward, taking charge of my fate, and doing something to secure the future I want. I’m grateful to the SMC community, making this all feel possible, knowing I’m not forging ahead into unknown territory on my own. I might be alone in many aspects of my life, but not in this.