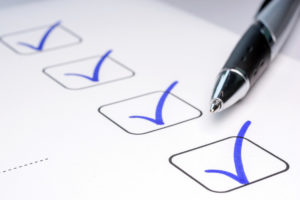 One day in 1990, the title of a workshop caught my attention: Last Call for Motherhood:  Are you a woman over 35 that has always thought motherhood would be part of your life, but it has yet to come to pass? Are you willing to contemplate becoming a “single mother by choice” despite the potential disapproval of family and friends? If you would like to devote some time and emotional effort into answering these questions for yourself, join us on Saturday, May 15,1990 for a workshop. Bring a notebook and a willingness to share your deepest thoughts.

I immediately signed up. It was just what I needed to help me figure out if, in fact, single motherhood was the right path for me.

In a small room I sat with five other anxious women as we silently awaited the arrival of the instructor. There was an aura of shame surrounding our shared situation. We didn’t speak, avoided eye contact. Cindy was very athletic looking with very short hair and prominent dimples. Beverly was large woman with sandy short hair and glasses, about my age. Laurie, the youngest of the group, was a lawyer working in poverty law. Liz turned out to be a cousin of my high school friend Sandy, and Sally was very pretty with long dark hair. We were societal outcasts: childless women. I knew I was projecting my feelings onto the others, but I was sure I wasn’t far off. Merle, the instructor, was a licensed social worker and part of a group practice specializing in fertility counseling. She was short woman with frizzy black hair just starting to show signs of gray. Despite her short stature, she had a confident air and a commanding but kind voice.

After introducing herself, she handed out her Guidelines for Decision Making:

“The goal of today’s workshop is to come away with a better idea of your options and provide you with the tools to help you in making your decision. Your options are: adoption—international and domestic;  insemination by donor; using a “known donor” either through insemination or getting pregnant the old-fashioned way by someone you know; or deciding to remain childless by choice and being at peace with that decision.”

As we shared our experiences and desires, tears flowed freely. The outpouring of tears varied from a trickle (me) to a deluge. We were all women in our late 30s and early 40s, mostly professionals. A couple of the women had been married or in long term relationships that had recently broken up over the baby issue, and they were still mourning the loss of their partners. One woman had long been ambivalent and she came to the realization during the workshop that she was there to confirm what she had suspected for quite a while—she would remain childless.

“Unlike most of you, having a child has not been a deep desire of mine since childhood,” she said. “But there’s so much pressure to have children—from my family and society at large. I feel like there is something wrong with me if I don’t want to have kids.”

“This decision is a highly personal one and there is no wrong answer. You have to disregard what others are expecting from you. Be firm in your decision, knowing it is the right one for you,” Merle said.

When we broke for lunch, I found a bench nearby to digest both my meal and the vast amount of information I had just consumed. My mind was spinning with all we had discussed. Overwhelmed, I almost decided to leave then, but knew that I needed to see it through. The afternoon session started with the topic of grief. We were instructed to grieve the loss of the American Dream of marriage and 2.2 children. The instructor asked us to picture all the men we had relationships with and imagine having a child of each gender with each of them, to consider how old they would be now, and then grieve those losses. It was tough emotional work, but liberating in the end.

I left with pages of notes, a bibliography for further reading, a list of resources and best wishes from the instructor on coming to a decision. She strongly encouraged us to check out a group called Single Mothers by Choice. “The group can help you with making the decision and the logistics on how to follow through with that decision,” she advised.

After a busy summer, I went to my first Single Mothers by Choice (SMC) meeting. There were close to 30 women there, some with young children. The women were friendly and welcoming. The children were hustled off to a separate room with the caretaker and we gathered to meet. After we introduced ourselves, there was a short business meeting, Then we broke up into our subgroups: Thinkers, Triers and Mothers. I was in the Thinkers group. There were a couple of newcomers but the rest were women still struggling with the initial decision of single motherhood, while others, already firm in their decision, were contemplating what method they would use to become mothers.

That first meeting was eye opening. Not only was it crammed with information, but also made me feel that I was no longer alone. There were so many others like me who had the same strong desire for motherhood, so strong they would pursue it by any means necessary. I felt validated and left with hope in my heart.

This is an excerpt from Serial Monogamy : An Illustrated Memoir, by Jane Keddy,.