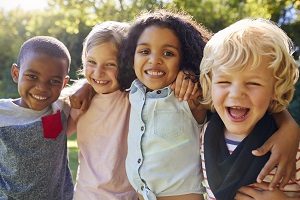 One of my biggest questions when considering becoming a single mother by  choice was how it would affect my future child. Would I be setting them up for a harder life because of my desire to become a mom? Would they suffer mentally from being raised by only one parent versus two? I knew it was time to do some research to see if I could find the answers to my questions.

The Journal of Family Psychology conducted a study on 51 solo mother families and compared them with 52 two-parent families. The study measured maternal wellbeing, mother–child relationships and the child’s adjustment to mothers, children and teachers.

I was thrilled to read that there were no differences in parenting quality between family types apart from there being lower mother–child conflict in solo mother families. That’s right! There are less conflicts between mother and child in solo mom households. Maybe thats’s because there is only one adult making the big decisions.

The journal goes on to mention the psychological wellbeing of children in single-mother families that come out of divorce. Study have consistently shown that children whose parents divorce are more likely to show emotional and behavioral problems than are children in intact families. These difficulties appear to be largely associated with aspects of the divorce and the strain it causes on their lives. Additionally, the financial hardship that is often experienced by single-parent families following divorce has also been shown to affect children negatively. Furthermore, a number of studies have demonstrated a link between parental depression, poor parenting quality and negative child outcomes in single-parent families following divorce.

Think of this as living your life as a child a certain way for so long and then that drastically changing versus being raised by a SMBC you have a stable, consistent upbringing – financially and mentally.

This means, raising a child as a single mom by choice is actually BETTER than being in a relationship that won’t last for your child.

The findings also suggest that solo motherhood, in itself, does not result in psychological problems for children. This may have to do with the fact that single mothers by choice are generally well-educated women in professional occupations who become mothers in their late 30s or early 40s. Meaning they are well established in their lives and are making a thoughtful decision when choosing this path to motherhood as opposed to an unplanned pregnancy.

In a comparison between 27 single heterosexual mother families and 50 married heterosexual parent families, all with infants conceived by donor insemination, no differences were identified between the two family types in terms of mothers’ psychological well-being, adaptation to motherhood, expressed warmth, and emotional involvement or bonding with their infants.

Mothers from both types of family showed positive relationships with their children, however, the single mothers showed greater joy and less anger toward their children as assessed by the Parent Development Interview, an interview technique designed to assess the nature of the emotional bond between the mother and the child.

Nicole from Once Upon a Bebe

“I joined when I was in the Thinking stage. The forum was exactly what I needed to research the SMC experience. I felt more confident with that support and information, and am now a mom to a baby boy!”