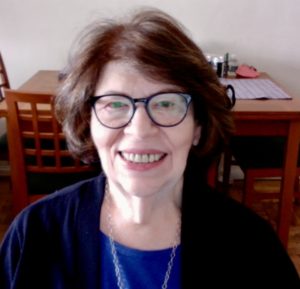 Jane Mattes, L.C.S.W., a single mother by choice and NYC psychotherapist, founded Single Mothers by Choice (SMC) in 1981 soon after having her son. She is now the leading expert on single motherhood by choice, as well as the author of the book, Single Mothers by Choice. She has overseen the growth of SMC from the original chapter in NYC to chapters throughout the US, and in Canada, Europe and beyond. Over 30,000 people have enjoyed the benefits of membership in SMC since its inception.

Over the 41 years of SMCs existence, Jane has met and consulted with countless “Thinkers” (those going through the various stages of becoming an SMC), “Tryers” (those trying to adopt or conceive) and Mothers (those who are  parenting as SMCs). She also consults with psychotherapists, educators, and other professionals who work with SMCs and their children, and is a spokesperson for SMC in the media.

In addition to writing the book, Single Mothers by Choice: A Guidebook for Single Women Who Are Considering, or Have Chosen Motherhood, Jane has co-authored several research papers on donor families.

Jane has a private practice in psychotherapy in NYC and is the Director of the Single Mothers by Choice organization. She is available for individual consultations and trainings in her office or online.

JOIN SMC NOW!
"The group was wonderfully useful and helpful resource and support forum while I was thinking and trying. It definitely helped me clarify my thinking. "
DONATE