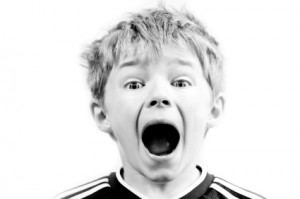 Samuel got his first loose tooth last night. It is wiggly and it hurts a bit and Samuel is thrilled and I am sad. OK, I know it is ridiculous. The timing is actually on the late end to lose his first tooth — he will be seven next month. He has a couple of friends who lost their first tooth at age four and many at age five and six so it is about time (in his mind anyway)!

Nevertheless, I feel like the last vestige of Samuel’s babyhood is going. It really seems like he has changed more in the last year (age 6 to 7) than any other single year since infancy. In fact, in many ways, he was remarkably stable in his personality, traits, play and interests between about age three and six. Now he has left those things behind. No more pretend games, no more … Continue reading